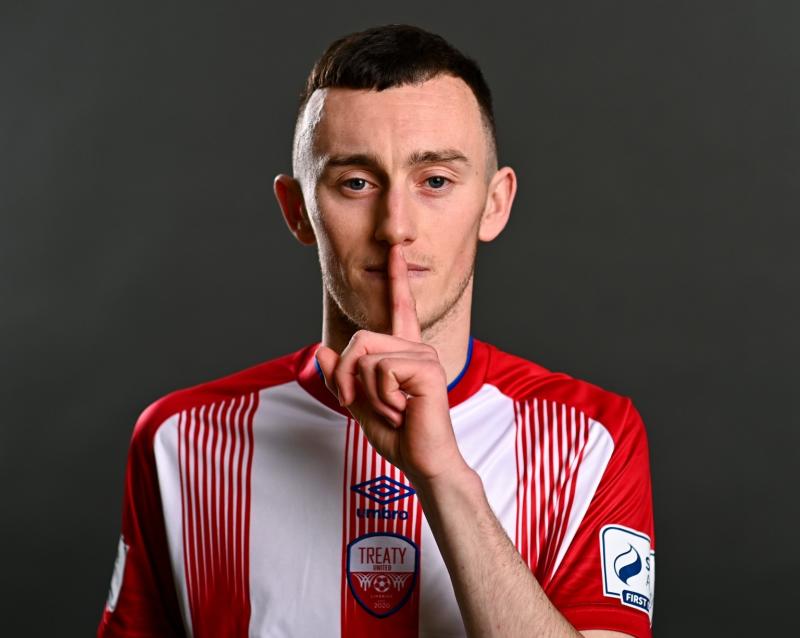 TREATY United eased their way into the quarter-finals of this season's Extra.ie FAI Cup after securing a 3-0 victory over Leinster Senior League side Maynooth University Town at  John Hyland Park, Baldonnell on Saturday evening.

Three goals, the opener courtesy of Enda Curran in the opening half, and two more in the second period from substitute Willie Armshaw and finally Lee Devitt saw Tommy Barrett's side ensure their name is included in Tuesday's quarter-final draw for the first time in the club's short history.

It was the second successive round in the FAI Cup this season that Treaty United had defeated Leinster Senior League opposition following their first round win over Usher Celtic.

Treaty Utd boss Barrett made a number of changes to his starting line-up for the game with Darren Collins making his first start for the club and goalkeeper Conor Winn coming in for Jack Brady.

Although they failed to find a way past Treaty United netminder Winn over the course of the 90 minutes, Maynooth University Town certainly had their moments in the contest and remained right in the game until well into the second half.

Maynooth were denied by Winn in the ninth minute when he did well to parry an effort from winger Jackson Ryan.

However, just after the half hour mark, Treaty took the lead. The visitors forced a turnover of possession in midfield and the in-form Enda Curran produced a composed finish to put his side 1-0 in front.

Treaty maintained their lead until half-time and had an excellent opportunity to double it a couple of minutes after the restart.

Conor Melody was fouled in the penalty area and Treaty were awarded a spot kick. However, first half goalscorer Curran saw his penalty kick saved by Maynooth netminder, Shane Fagan.

Treaty did secure the all important second goal in the 73rd minute. Dean George worked the ball into the box, with Colin Conroy flicking it off. The ball broke to lively substitute Willie Armshaw who finished into the net.

The Limerick-based side completed the scoring six minutes from full-time when the fleet-footed Devitt left several defenders trailing in his wake before producing a composed finish for 3-0.

Promotion play-off chasing Treaty return to action in the SSE Airtricity League First Division on Friday night when Cobh Ramblers are the visitors to the Markets Field, 7.45pm.