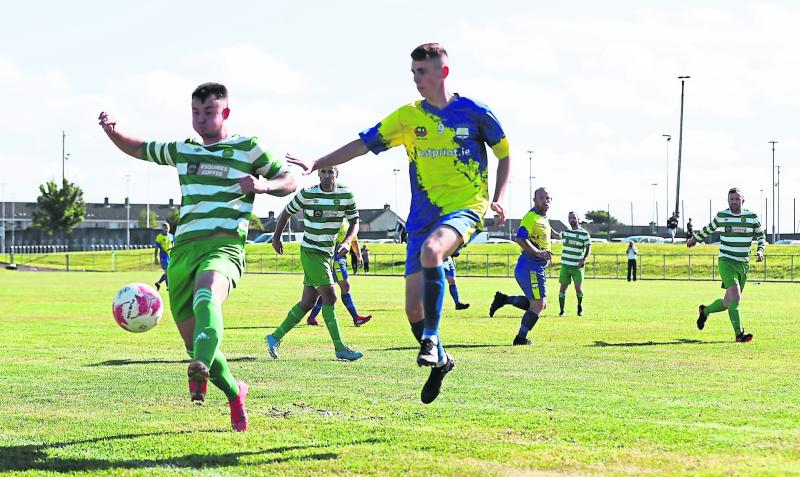 ROUND Three of the Premier League is scheduled for tomorrow, Thursday, evening and the game of the day looks like the clash of Carew Park and Ballynanty Rvs.

Carew Park made a welcome return to the top flight this season after a couple of years in which they struggled to keep things going.

However, with a determined committee and the return as manager of Albert Slattery their fortunes have turned around.

They have had the best possible start to their campaign with a 2-1 win at Mungret and followed that up last Sunday with a 5-1 win at Coonagh Utd.

The manager will be delighted with the start and with six points in the bag, the immediate pressure is off which will allow the side to express themselves more. With three prolific goal scorers in Jonathan Grant, Aaron Nunan and Kieran Hanlon, they will pose a threat against any side.

Ballynanty Rvs made several shrewd signings in the close season, and much is expected from them this season. They suffered the disappointment of an opening day defeat when going down to a very late goal at Pike Rvs.

They bounced back well and posted a 5-1 win at home to Mungret last Sunday.

David Dunphy and Derek Braddish are smart enough to know a second defeat in three games could put a big dent in their plans so you can expect the Blues to be well up for this one.

Former Moyross player, Gbadebo Habideen opened his account with a brace on Sunday. Deployed as a centre forward against Pike, I felt his natural game was stifled somewhat. Given more of a free role he will prove a big hit for Balla. Adrian Power has also started the season where he left off last season.

With so many goal threats we should expect plenty of goals but we also have a couple of mean defences on board which will add to the intrigue.

Champions, Pike Rvs will be expected to make it three wins on the trot when they meet Janesboro. After a horrid pre-season, Boro are in the process of a quick rebuild but Thursday’s game comes too soon to expect much.

Pike were pedestrian in their opener but still managed to get the required result thanks to Mikey Conlon’s goal. The striker scored again on Sunday when they beat Charleville to keep up their 100% record.

Fairview Rgs are another on 100% currently and that is unlikely to change on Thursday when Prospect Priory are scheduled to visit.

Prospect on the other hand are teetering on the brink. They lost virtually their entire team and have been using B players and old club stalwarts to field a team in their two opening games.  Unfortunately, that is not a long term solution and the club may be forced to make an unwelcome call this week.

Nenagh welcome Coonagh Utd to the Tipperary venue with both sides looking for their first points. Nenagh have played well in their two games but failure to find the net has cost them.

Coonagh impressed in their opener despite going down to Fairview. However they were well beaten by Carew last Sunday.

Mungret Reg v Charleville also pits two sides looking to get off the mark.  For Mungret, Carew Park and Balla is not the ideal start but you may see a better showing on Thursday.

Likewise, Charleville drew Aisling and Pike in their openers, and they do will be hoping they can find their feet in this one.