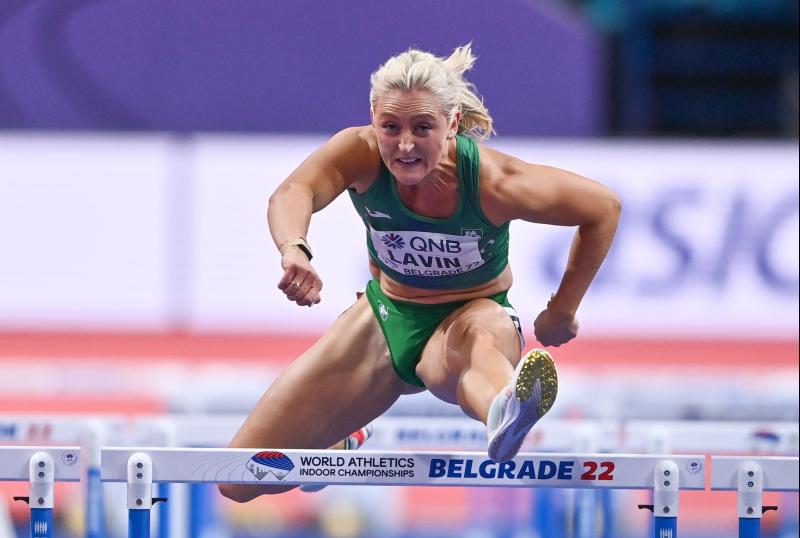 LIMERICK Olympian Sarah Lavin has received a bye into Sunday's 100m hurdles semi-finals at the European Athletics Championships in Germany.

As Lavin is ranked in the top 12 competitors in the event, the Lisnagry woman did not need to compete in the opening round heats of the 100m hurdles on Saturday evening.

Instead, the exciting Limerick sprint hurdler advances to Sunday’s semi-finals in Munich automatically as one of the top 12 ranked athletes in the field. Lavin is ranked ninth in the field.

Lavin, who is coached by Noelle Morrissey, finished in fifth place in the semi-finals of the 100m hurdles at last month's World Athletics Championships in Oregon, falling just short of a personal best.

Running in the last of the three semi-finals, Lavin clocked a time 12.87, which is just outside her personal best 12.84. Lavin had earlier claimed a third place finish in her heat in a time of 12.99 to advance to the semi-finals.

That was her debut at the World Championship competition. The former Castletroy College student set a new indoor personal best of 7.97 in her semi-final.

Physiotherapist Lavin has broken her personal best for the 100m hurdles on three occasions this summer.

Lavin set her 12.84PB at the Cork City Sports Meet. The performance follows on from her claiming a seventh national outdoor title which the talented Limerick hurdler secured last month.