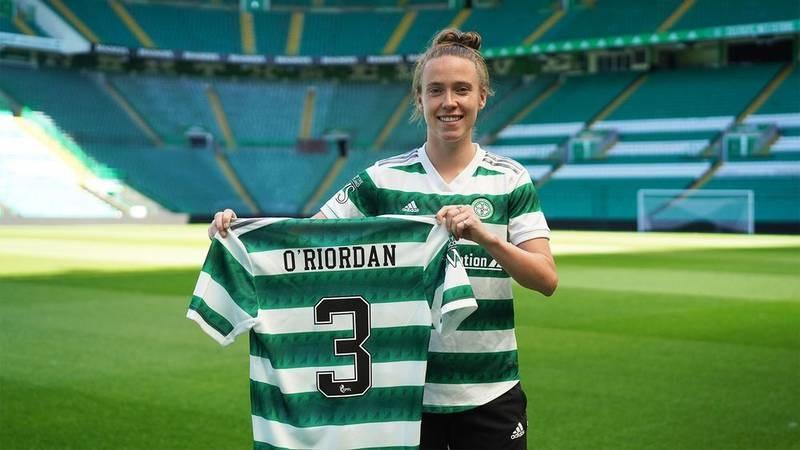 The 27 year old from west Limerick was announced by the Scottish Giants on Saturday and made her debut this Sunday afternoon as a 73rd minute substitute against Partick Thistle.

The Newcastle West native joins the Glasgow club from German side Duisburg. O'Riordan won promotion back to the Frauen-Bundesliga with Duisburg last season having been part of the squad relegated the previous campaign.

“It feels really exciting," she the Limerick star.

"I’m really excited for the challenge ahead and it's been a really nice experience so far meeting the team, the coaching staff, and everyone has been so friendly and so welcoming so far. I had a really good conversation with Fran and I really liked his philosophy of playing and that’s something I want to improve in my game," O'Riordan told www.celticfc.com

"It seemed like a good fit for both of us and I’m really looking forward to hopefully bringing my experience here.”

The west Limerick native made her name with Wexford Youths in the Women’s National League in Ireland before moving to to Germany.

“Being a player, winning trophies and titles are always a goal that you’re aiming to achieve and the club being so successful last season was a great stepping stone for them. They want to be progressive and I want to buy into that and be part of it - hopefully going forward we can do that. With my characteristics from playing GAA, I feel I have that physical attribute to my game," said O'Riordan, referencing her days with Monagea ladies football and Newcastle West camogie and indeed Limerick ladies inter-county teams.

"Duels are a big thing and being strong in the air is what I can bring to this team and hopefully I will be able to share my experiences and the knowledge I have gained in the last few seasons, especially being in Germany. But I want to get information from the team as well and with Fran’s philosophy.”

She continued: “Before any season I always set some personal goals and hopefully they match the team goals as well. In the back of my mind, I have them and continue to work on them in training and games, but I’m really happy to be a little closer to home and hope to have more support from my family and friends. I want to get stuck in. I’ve really enjoyed training so far and I’m already looking forward to the season."