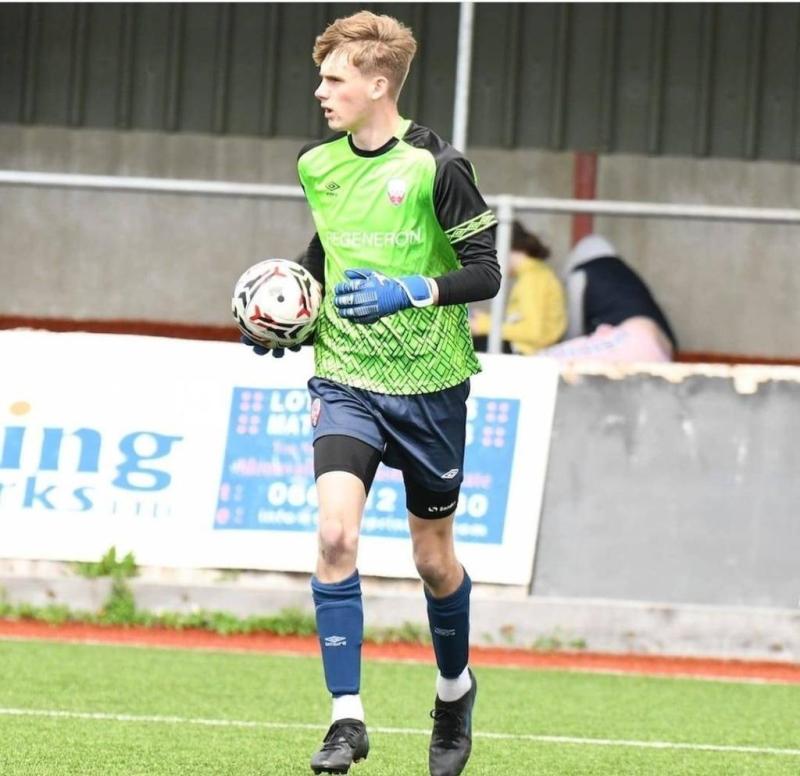 TREATY United goalkeeper Darragh Foley has been named in a Republic of Ireland U17 soccer squad.

Head Coach Colin O’Brien is overseeing a three-day training camp in Dublin this week as he continues preparation for the UEFA U17 European Championship qualifiers in October.

O’Brien has called-up 22 players to the camp which takes place at the FAI National Training Centre, Abbotstown.

Ireland are set for a friendly double-header next month before heading to Norway in October where they face Norway, Belarus and Armenia.

Treaty's Darragh Foley is one of three goalkeepers in the international squad.