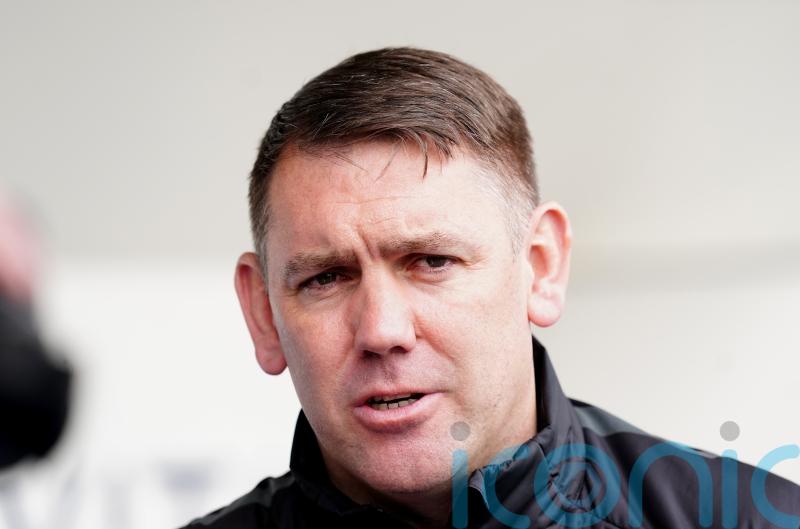 Stockport boss Dave Challinor labelled Stevenage’s late turnaround as a ‘sickener’ but said his side have themselves to blame for leaving the Lamex Stadium empty-handed.

A dramatic finish saw the visitors go from leading 1-0 with just three minutes to play, to going home pointless.

Jamie Reid was the hero for the home side with the winner five minutes into stoppage time after newly-promoted County had led since Callum Camps’ 58th-minute opener.

A controversial 88th-minute penalty award had given Stevenage a route back into the game when Saxon Earley went down in the box in an incident which also saw Stockport defender Ashley Palmer sent off, and although Challinor was disappointed with the officials, he said his team needed to take responsibility.

“It’s a real sickener for us,” he said. “But it comes on the back of us really, it’s down to us in terms of the goals that we’ve conceded that have ultimately cost us the game.

“There were two poor decisions and we’ve been punished for those decisions in the ultimate manner.

“We knew what we had to deal with in terms of what Stevenage would throw at us and we did that in the main, but I was disappointed around us and how much control we had because we can be better and braver in possession.

“The first time we did have control we scored. We knew that if we played three or four passes we could play through them.

“But ultimately the mistakes, and the decision-making process that people have gone through, have cost us and we go away with nothing.”

Stevenage manager Steve Evans believed momentum shifted through his extensive use of substitutions.

With Stockport’s Will Collar withdrawn with a concussion, both sides were permitted to make six changes under the new EFL rules.

And Evans used his full complement, making all six in the space of 20 second-half minutes as Stevenage threw everything at the visitors to salvage the points, which ultimately proved successful.

“Credit to the boys who came on from the bench, they changed it,” he said. “Some of them made massive contributions.

“We said before the game we’ve got a real good bench here and it may come to that, and it did.

“I’ve never made six substitutions in a game before, but it helped us.

“But we really fought today. In the last five minutes we were absolutely pummelling them and I think we deserved to win it late on, there was only one team trying to score a second goal.”

He also admitted he was impressed with opponents Stockport.

County were playing only their second game back in the EFL and are yet to pick up a point.

“They’re a good side aren’t they, you can see where their big investment has gone, they’ve got good players and they’ve got a particular shape.

“They were better than us in the first half.”