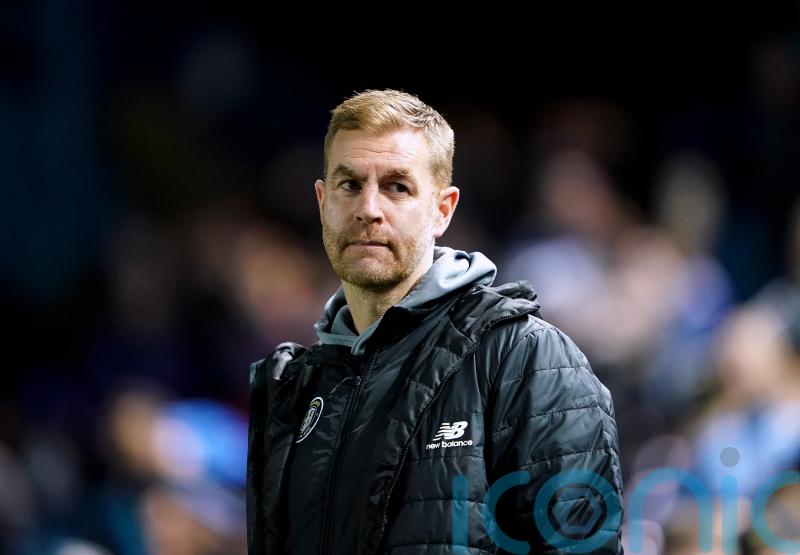 Simon Weaver was disappointed by his players’ defending at set-pieces as Harrogate fell off the tracks in a 3-0 defeat at Crewe.

Two headed finishes from Dan Agyei and Kelvin Mellor, both from corners, in the closing minutes of the first half, ensured the Railwaymen got a firm grip on the game.

Despite rallying in the second half, Weaver’s side only managed to trouble Crewe keeper Arthur Okonkwo once and their defeat was sealed when substitute Courtney Baker-Richardson scored a third for the home side.

“For the majority of the first half we were quite in control of our performance, I thought it was a good away performance and I thought if we’d got to half-time at 0-0 then Crewe would have started to get frustrated,” said Weaver.

“But we lost the game in the 44th and 45th minute from two similar corners by not attacking the ball. It’s disappointing and we’ve got to grow up – the players need to keep with their men and attack the ball.

“Overall we lacked the final ball, or cross that would have made a difference, and we also lacked that little bit of composure. That wasn’t the case last week when we beat Swindon (3-0). But we’ve won one and lost one and it’s early days yet for what is a new squad.

“Today we came to a team that was playing in League One last season and I have to say Crewe deserved their three points as, in both areas, at the back and up front, they did better than we did.

“But there’s more to come from the players and I don’t want to floor them after one defeat.”

Callum Ainley, Lachlan Brook and Bassala Sambou went close for Crewe before Agyei pounced to head home the opener on 44 minutes after Zac Williams relayed a corner back across the box as the half drew to a close.

But Kelvin Mellor caught the visitors out with towering far-post header from another corner minutes later to double the lead before half-time.

Luke Armstrong may have done better for Harrogate when he wriggled free in the second half, but from close range he blazed over.

And the game was up when Baker-Richardson followed up his initial shot, which keeper Peter Jameson could only parry, and slotted home the third on 77 minutes.

Crewe boss Alex Morris said: “I thought we showed good attributes. We expect the opposition to come and make it difficult for us and so we had to be patient.

“Despite all our territorial possession the first two goals came from set-pieces. Then we closed the game off in a manner which was much more comfortable than it has been in the past.

“There’s lots of things we can do to improve, but to win our first two games shows we are going in the right direction.

“The more we can spread the goals around the better. Dan Agyei’s goal was satisfying for me as it shows the strikers are getting into good positions in the box.

“Arthur (Okonkwo) has done what is expected of him in goal and, along with the defenders, they gave us the platform for what we did at the other end of the pitch.”