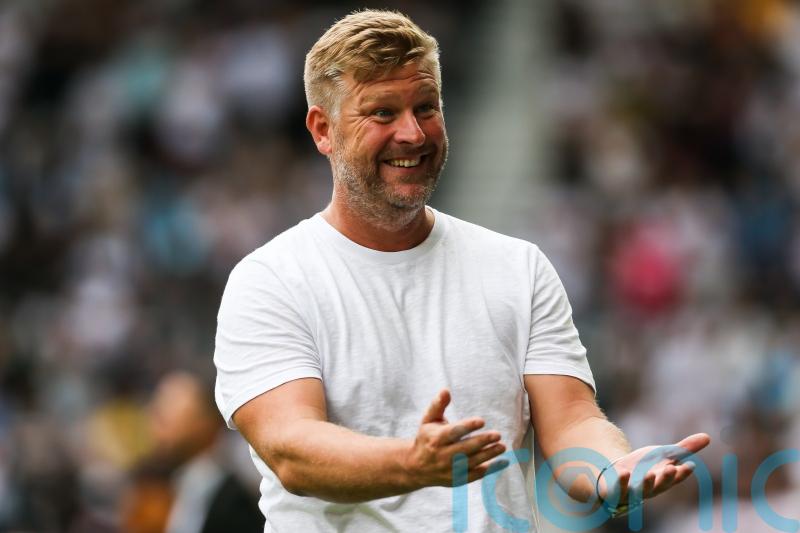 Goodrham, 18, came off the bench in the 86th minute and broke the deadlock seven minutes later by cutting in from the left past three players, aided by a ricochet, and curling a stunning shot into the far top corner.

It was cruel on Cambridge, who had deserved at least a point, but the goal got Oxford off the mark with their first points of the Sky Bet League One season.

Robinson said: “It was an unbelievable moment from the kid. It was a big call to put on young Tyler, but he’s been training wonderfully well and we’ve seen those moments in training and what he can do.

“Throwing him on then, and replacing Matty Taylor with him shows the faith we have in him. He’s been training with the first team for six months now and has a lot of ability.

“It was a wonderful moment and he’s a lovely lad as well, always smiling.

“All my players apologised because in the first half we weren’t at it. In the second half I thought we were more dominant.

“We weren’t bad, we just weren’t our scintillating selves, but the important thing was that we didn’t concede, and when you can’t score, don’t concede.

“We defended very well at times. I’m so pleased for the players because the first win is always the hardest.

“When we weren’t good, we were patient. To win 1-0 at home is very pleasing, and we will improve, and we’ll bring in a centre forward too.”

Cambridge United boss Mark Bonner said: “We were definitely good value for at least a point.

“That’s 126 games I’ve been their coach and that’s the most unjust result in that time.

“We moved the ball brilliantly at times and we kept the home crowd very quiet, until that moment right at the end of stoppage time.

“I just don’t think we deserved to be on the losing side because we were very good. When the hurt of the defeat goes away, we’ll take a lot from the performance.”

Cambridge arrived later than planned at the Kassam Stadium because of queues on the M40, yet Bonner’s team did not seem to suffer.

“We had four hours on the bus, but the players dealt with it a lot better than I did,” he said. “Other than a few set-plays we didn’t have too much to defend.

“It was a brilliant finish from the 18-year-old. Yes there were a couple of ricochets but the lad must be buzzing with that goal.

“We created a few decent chances ourselves and perhaps should have been more clinical, but if we hit that level more often than not we’re going to have a decent season.”