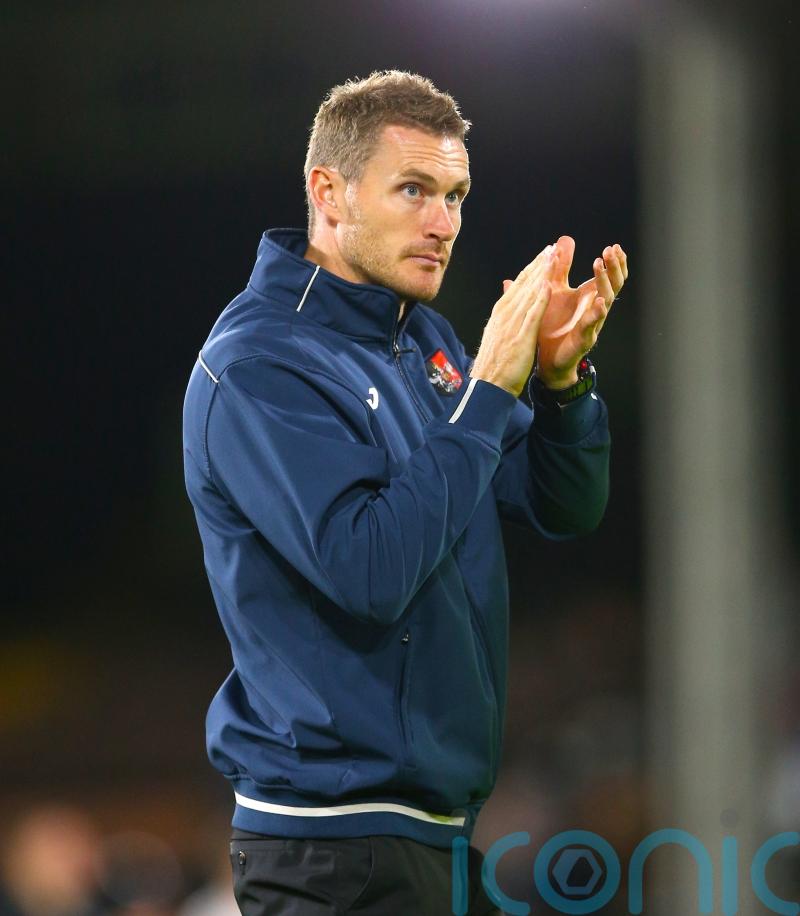 Exeter manager Matt Taylor could not hide his delight as his team thrashed Port Vale 4-0 with a superb display at St James Park.

Harry Kite opened the scoring with a sweetly struck volley before the outstanding Jevani Brown made it 2-0 from the penalty spot after Jack Sparkes had been fouled.

Brown made it 3-0, finishing off a fine team move, before Sam Nombe notched his second of the season to cap a fine win for the Grecians.

“It was a great win and we have to make the most of them because we don’t know how many we will get, especially at home,” Taylor said. “I said before the game it wasn’t a revenge mission, but it was a statement that our home form needs to be strong again this season in League One.

“I thought we started the game well in terms of being competitive and, against a side like Port Vale, it was always going to be a mistake or a moment of quality to break the deadlock and that was an outstanding moment of quality from Harry Kite.

“He struck the ball so, so sweetly and it’s not something he’s renowned for, with all due respect to him. But he committed to the moment, it was a spinning ball that’s dropped 20 yards out of the air and he kept control of it – he didn’t try and overhit it.

“We are at a bit of a low in terms of physicality and our squad size-wise, but what a fantastic performance. We didn’t score against Port Vale at all last season, so to put four past them – I am so, so pleased.

“We had six academy products starting that game and that’s Exeter City. That’s what we are and those players are going from strength to strength because I think this team will only get better with a few additions.”

Valiants boss Darrell Clarke offered no excuses for his side’s display, saying: “There will be no excuses from myself, we were miles off it.

“I have got an honest bunch of lads in there, but no excuses. It was a bitty game and I tried to change it at half-time because we never looked like getting back into it at 2-0 and things didn’t work out for us in that way.

“We didn’t retain it, we had no pattern of plays with our forward-thinking football and we didn’t defend well. There is a lot going into the mixture of why the performance was so poor.

“To a man we had a lot of three or four-out-of-10 performances and when you have that, you won’t win a football game.”