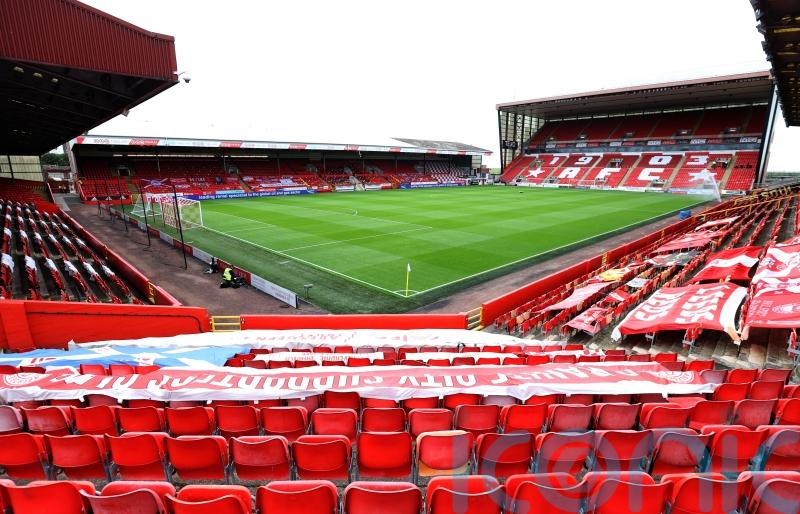 Aberdeen bounced back from their opening-day defeat at Celtic, taking advantage of Declan Gallagher’s early red card to beat St Mirren 4-1 at Pittodrie.

Gallagher’s nightmare appearance against his former club saw him dismissed for two bookings after just 22 minutes, and the home side needed no second invitation to lead 3-0 by the break thanks to Bojan Miovski’s double and Leighton Clarkson’s debut strike.

St Mirren pulled a goal back through Jonah Ayunga’s second-half spot-kick, but the Dons were comfortably ahead in the game and added a late fourth through Luis Lopes.

Aberdeen had brought in Liam Scales for his league debut while Clarkson, signed on-loan from Liverpool on the morning of the match, made the bench. The visitors made three changes after their defeat to Motherwell.

The game started evenly, although Gallagher’s foul on Hayden Coulson earned him a yellow card after just 10 minutes and saw the Dons defender forced off, with Clarkson entering the fray far earlier than expected in his place.

Gallagher was then gone with less than a quarter of the game played. Vicente Besuijen was unlucky to see his curling effort come back off the post, but when Scales’ follow-up was parried away by the centre-back, a red card was inevitable.

Miovski found the net with ease from the resultant penalty to record his first league goal since signing from MTK Budapest, and he soon had a second.

A Jonny Hayes cross from the right seemed set to be easily scooped up by Trevor Carson, but the striker slid in to nudge past the keeper and double Aberdeen’s lead.

It was 3-0 before the interval as Matty Kennedy kept the play alive after Carson had raced off his line to close down Miovski, and the winger picked out Clarkson, who capped his debut with a rocket shot into the top-left corner from just outside the area.

Saints pulled one back from the penalty spot after 52 minutes. Hayes was penalised for a nudge on Greg Kiltie, with Jonah Ayunga sending his penalty low to the right.

However, Aberdeen looked a threat throughout the second period, with Carson denying Miovski a hat-trick with a fine diving save from the striker’s powerful low drive on the hour.

But they would themselves end the game with just 10 men, this time through injury with substitute Callum Roberts forced off after manager Jim Goodwin had used all three substitute windows.

But another replacement Lopes, who entered the action at the same time, had a more successful cameo, racing on to a through ball to dink an effort past Carson for his first Dons goal.