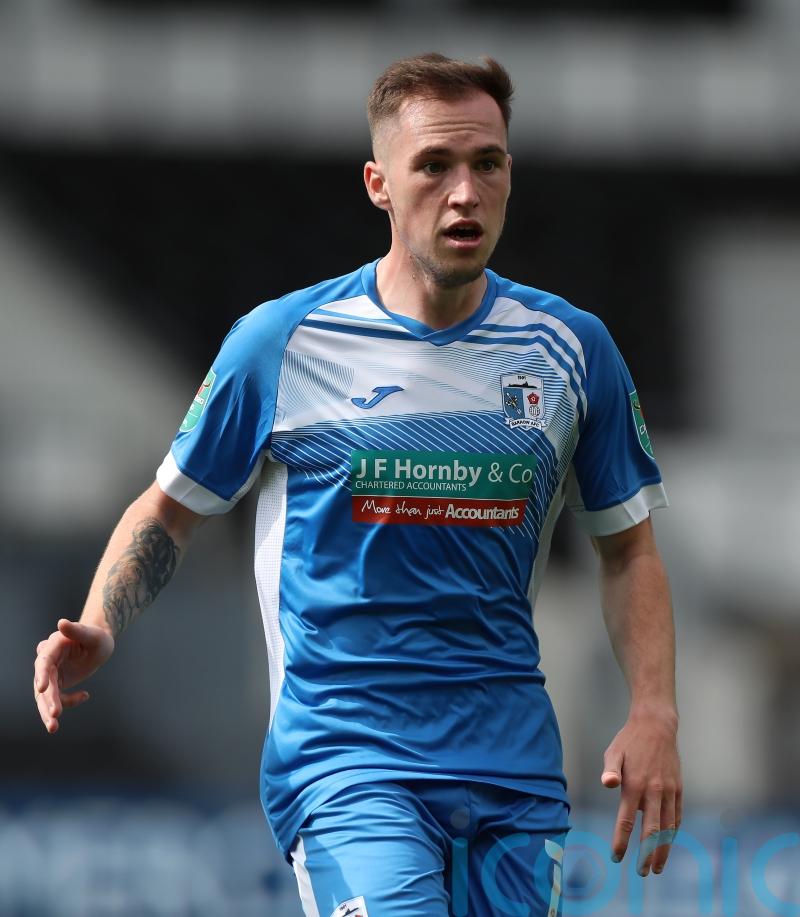 Barrow maintained their perfect start to the new season with a dramatic 3-2 victory over Bradford at Holker Street.

Josh Gordon struck the stoppage-time winner – straight after Andy Cook had equalised for the visitors – to make it a maximum six points for Pete Wild’s side.

After a dour first half, the game exploded into life with two goals in three minutes.

Ben Whitfield broke the deadlock on 63 minutes when he picked up Patrick Brough’s header and fired low past Bradford keeper Harry Lewis from the edge of the D.

Mark Hughes’ Bantams levelled two minutes later. Cook and Ryan East combined to tee up Jake Young for an angled drive that hit the underside of the bar and bounced down over the line.

Barrow restored their lead five minutes from time as Whitfield’s corner was scrambled in by Josh Kay from close range.

Bradford thought they had rescued a point when Cook pounced after Paul Farman failed to hold Young’s shot. But Gordon sealed it in the sixth minute of stoppage time.