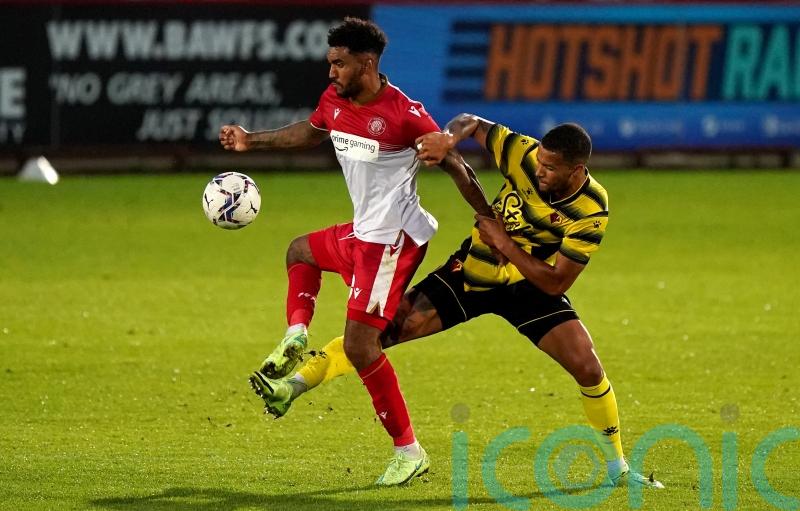 Jamie Reid struck deep into injury time to complete a dramatic late Stevenage fightback as they claimed a 2-1 win at home to Stockport.

County had looked like edging a scrappy game, courtesy of a Callum Camps strike in the 58th minute.

But after Saxon Earley was flattened in the box with four minutes remaining Luke Norris sent Ben Hinchcliffe the wrong way to level from the penalty spot, Stockport’s Ash Palmer seeing his second yellow for the foul.

It got even better for Boro as Earley fed Reid to tap in the winner five minutes into stoppage time.

That late drama came after a first half that produced plenty of endeavour but little goalmouth action.

At the other end Stevenage goalkeeper Taye Ashby-Hammond ensured his side went into the break on level terms, as he got down well to deny Paddy Madden.

But the keeper was helpless to prevent Camps scoring just before the hour mark when he collected a loose ball from a half-cleared cross.

That looked to have won the game for newly-promoted County before two late goals gave Stevenage a remarkable victory.