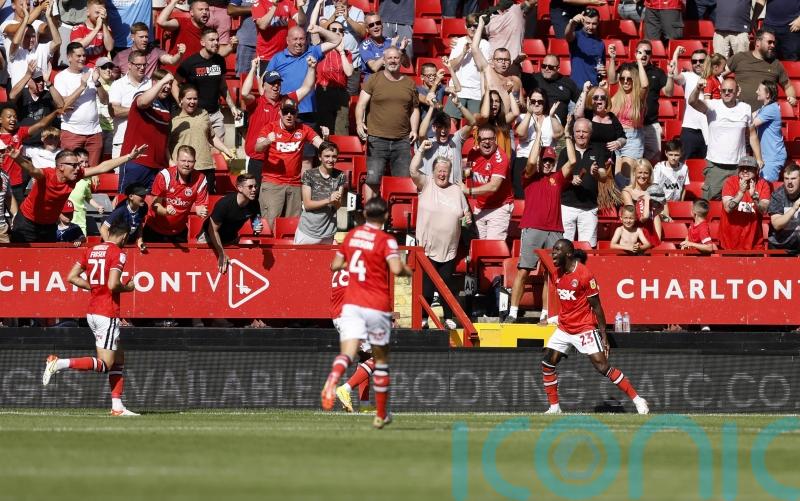 Corey Blackett-Taylor scored the only goal as Charlton recovered from a slow start to beat a profligate Derby at The Valley and stay unbeaten after two matches.

The home side were fortunate to be level at the interval after Liam Rosenior’s County created and wasted a slew of chances in the south London heat.

The main culprit was striker James Collins, who guided his ninth-minute shot too close to Charlton goalkeeper Joe Wollacott and then struck another effort against the base of the post in the final act of the first half.

Charlton capitalised on those let-offs in the 62nd minute. Charlie Kirk fed Albie Morgan, whose rising shot was parried carelessly into the path of Blackett-Taylor by Derby keeper Joe Wildsmith. The winger tapped into an empty net with glee.

Morgan, whose astute game management drove Charlton on in the second period, almost made it 2-0, but his low shot was turned around the post by Wildsmith.