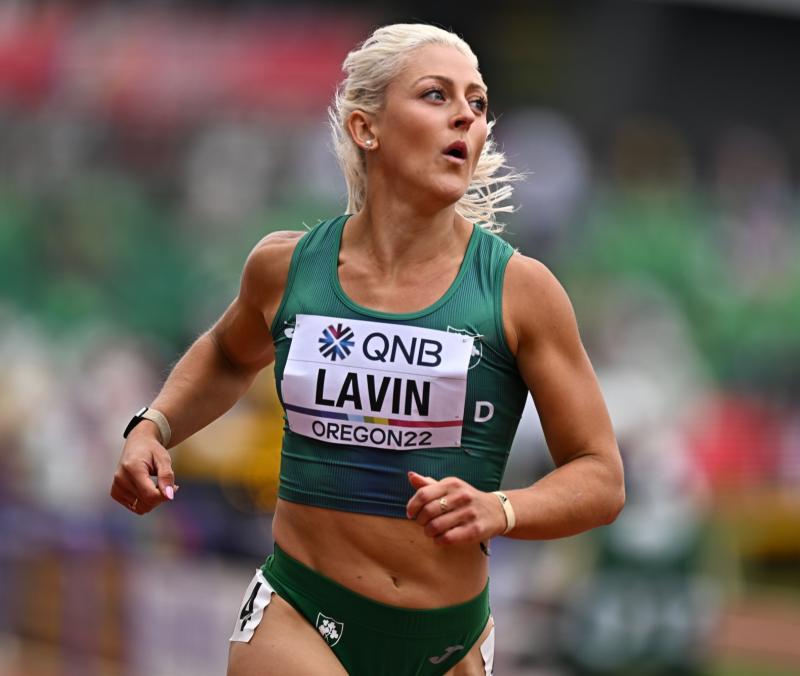 Limerick's Sarah Lavin competes in the 100m hurdles semi-finals at the World Athletics Championships in Oregan, USA in the early hours of Monday morning

LIMERICK sprint hurdler Sarah Lavin will be targetting a place in the women's 100m hurdles final at the World Athletics Championship when she competes in the semi-finals in Oregan, USA in the early hours of tomorrow, Monday, morning.

The first two finishers in each of the three semi-finals plus the two fastest times not to make the top two will qualify for the final.

The opening semi-final is due off at 1.10am. The final of the women's 100m hurdles at the World Athletics Championships at Hayward Field, Eugene is due to take place at 3am Irish time on Monday.

Twenty eight-year-old Lavin, a member of Emerald AC and coached by Noelle Morrissey, is competing in her first outdoor World Athletics Championships.

Physiotherapist Lavin secured automatic qualification for the semi-finals of the 100m hurdles by claiming a third place finish in her heat on Saturday evening Irish time in a time of 12.99. The Limerick woman again proved that she thrives on championship racing and will be looking to improve on her performance in the semi-final.

Lavin's first round heat was won by Tobi Amusan, of Nigeria, who clocked 12.40 to set a new African record in claiming the win in the second of the six first round heats.

Limerick woman Lavin has been in terrific form this summer breaking her personal best for the 100m hurdles on three occasions.

Lavin set her current persona best of 12.84PB at the recent Cork City Sports Meet. The performance follows on from her claiming a 7th national outdoor title which the talented Limerick hurdler secured last month.

The exciting sprint hurdler had finished 7th in the 60m hurdles at the World Indoor Championships back in March.

The former Castletroy College student became the first Irish athlete in 12 years to make it to the World Indoor final in Belgrade.

The Emerald AC athlete also competed in the 100m hurdles at the Olympic Games in Tokyo last summer.