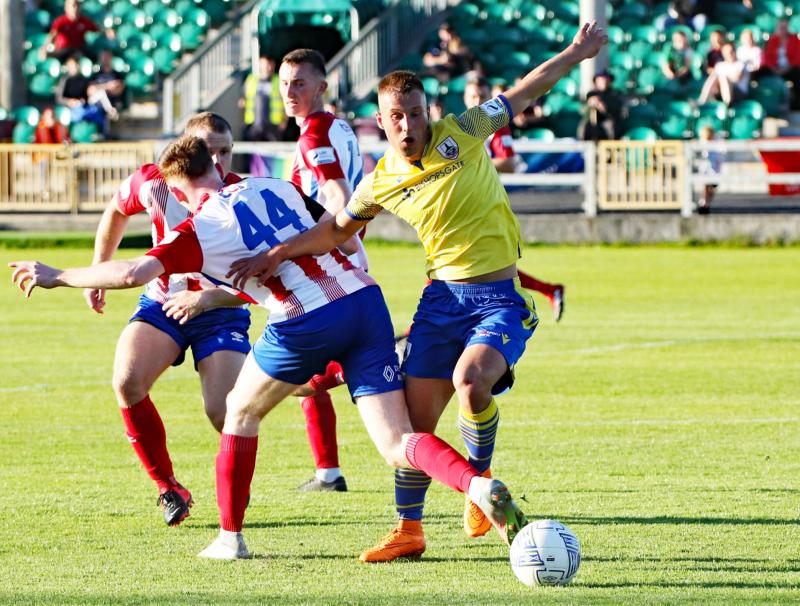 TREATY United will look to make it three wins on the bounce in the SSE Aitricity League First Division when taking on Bray Wanderers at the Carlisle Grounds on this Friday night, 7.45pm.

Treaty maintained their strong push to secure a promotion play-off position after securing an impressive 3-0 victory over Longford Town at the Markets Field on Friday night last. Tommy Barrett's charges had beaten Cobh Ramblers 2-0 in their previous league outing.

Friday night's result saw Treaty remain in sixth place in the First Division table, edged out of fifth spot on goal difference by Wexford FC. The teams finishing down to fifth in the table following the completion of the regular season will be involved in the promotion play-offs.

Friday night's win against Longford also saw Tommy Barrett's Treaty side close to within three points of the fourth-placed Midlanders.

Treaty United's previous trip to the Carlisle Grounds to take on Bray Wanderers in the league this season ended in a 0-0 draw in April. Treaty then drew 2-2 2 with Bray at the Markets Field in the return game in mid-May.