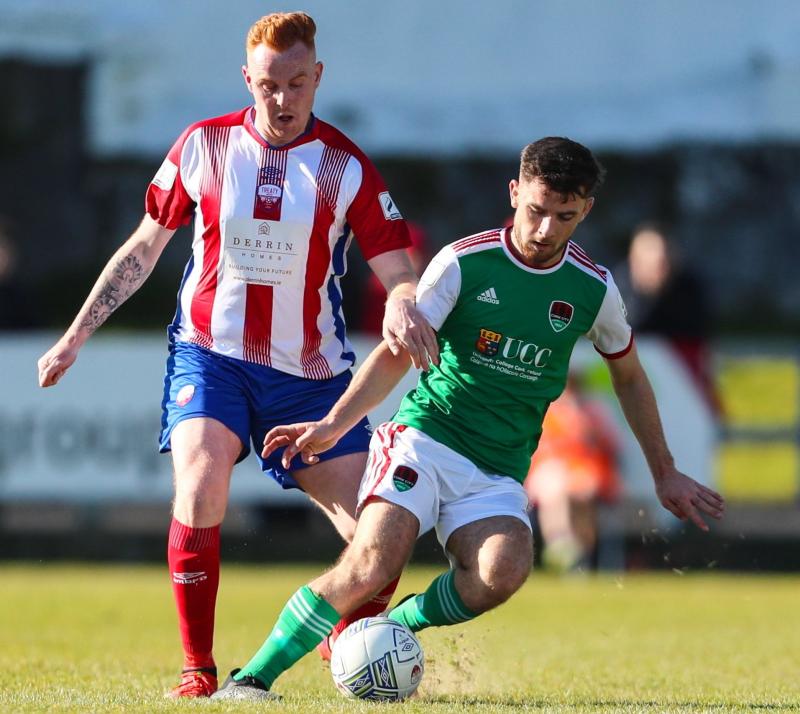 TREATY United have been dealt a blow to their promotion play-off hopes with confirmation that experienced striker Kieran Hanlon has departed the club.

Treaty confirmed news of Limerick man Hanlon's departure on Tuesday. The striker made 31 appearances for Tommy Barrett's side during his time at the club, scoring five goals.

Hanlon has previously played SSE Airtricity League football with Limerick FC and has also played in the local junior soccer league with the likes of Carew Park, Ballynanty Rovers and Pike Rovers.

Treaty United have thanked Kieran Hanlon for his contributions to the club and wished him well in the future.

Treaty United can confirm that Kieran Hanlon has left the club.

During his spell here Kieran has made 31 appearances ,scoring 5 goals.

Twenty one-year-old Edogun joined Athlone this season from Maynooth University Town. The 20-year-old has had senior experience with Wexford FC, where he made eight appearances last season.

He won an Under-19 Airtricity League title with Waterford FC in 2019.

Treaty United return to action in the SSE Airtricity League First Division on Friday night with a trip to the Carlisle Grounds to take on Bray Wanderers, 7.45pm.