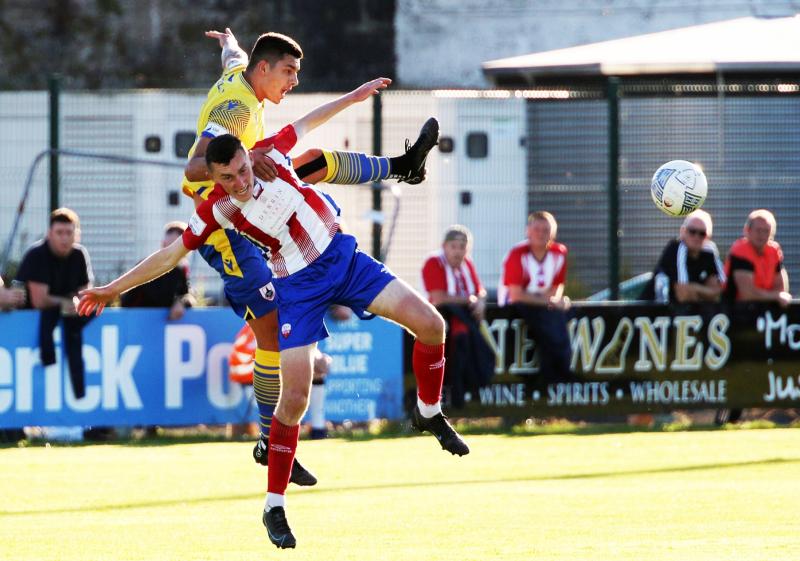 Two second half penalties and a headed clincher from Enda Curran gave the Limerick side a much-needed home success.

Marc Ludden slotted a penalty just before the hour mark, after Willie Armshaw was fouled. Longford were to finish with 10 men soon after, when conceding their second, as Sam Verdon was dismissed for fouling Enda Curran for the second penalty.

Tommy Barrett’s side played without a natural striker, though it was announced after the game that Success Edogun has signed from Athlone Town. The attack was led by Stephen Christopher, with Willie Armshaw offering plenty from the left-wing.

Armshaw created some half-openings early on, with his 25th minute effort the closest either side came to a goal. Cutting in from the left, he found some space and send a shot narrowly wide from just outside the penalty area.

Tommy Barrett called for calm following a 5-0 loss to Cork City and his side have regrouped to win twice in seven days and reignite their season heading into the final round of games.

The goals arrived either side of the hour mark and Treaty now close the gap to Longford and stay in touch with Wexford who enjoyed a victory away to Waterford this evening.

The third goal, inside the final 10 minutes, sealed the win. This time, Ludden and Curran combined, with the latter heading home for his eighth of a productive season for his new club.

Treaty make the trip to Bray on Friday evening, a side they’ve drawn with on two occasions in 2022.