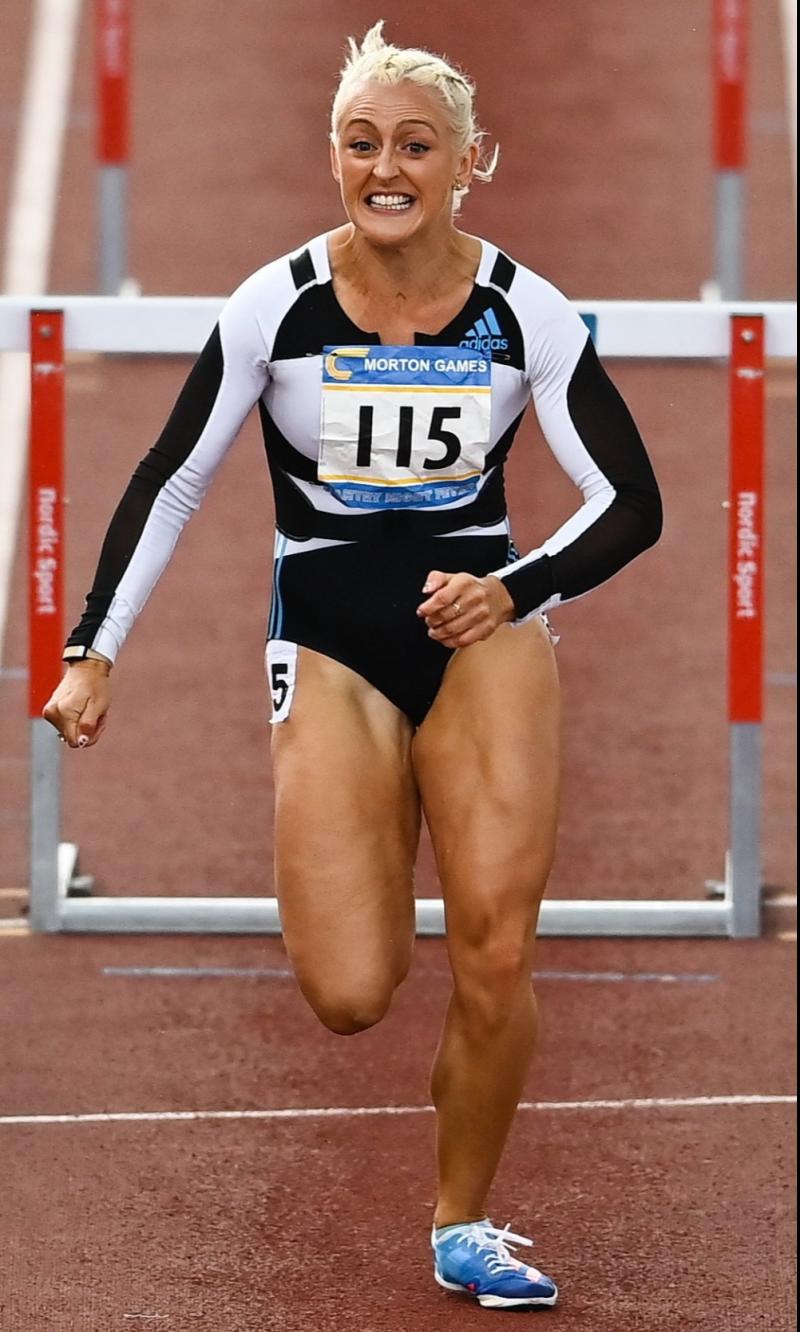 Limerick's Sarah Lavin on her way to finishing second in the women's 100m hurdles at the Morton Games at Morton Stadium, Santry, on Saturday behind Jade Barber, of the USA

Dromcollogher Festival 4 Mile
THE MacDomhnaill family have been in sparkling form lately and that continued at the Dromcollougher Festival 4 Mile where Aogan won from Karl Lenihan in second. Killian Lynch was third with Carol Finn winning the Women’s race.

Around the Country
Colum McCarthy (West Limerick) travelled to CIT where he ran the mile in a time of 4:48.60 for 10th place overall.
Shauna Doellken O’Shea took the honours in the prestigious Hell of West Triathlon in Kilkee.
LTC Clubmate Kathryn Fahey was second. Ronan Costello took first place on the podium in the men’s race.

Parkrun
Well done to Rosemary Ryan and her LGBT+ Running Group which took part in it’s first Parkrun in Mungret.

Abroad
Julie McCarthy was amongst a large Bilboa contingent who travelled to Birmingham for the Black County Half Marathon and she ended up with the winners cheque taking first place in 1:37:10.

National Juvenile T&F Championships
Gyte Andrijauskaite (U12 girls) was in sparkling form at a sun drenched Tullamore where she claimed gold in the shot put with a superb put of 10.64m. She followed this up a few hours later with another outstanding performance in the turbo javelin taking her 2nd national title of the day.

Robert Purtill & Dillon Ryle Burke (u12 boys) were  in contention for the medals in the shot put after a few great opening throws. They finally finished in fifth and seventh places respectively.

On day 2, Limerick athletes again won a share of medals and personal bests for Shannonside athletes. Emer Purtill Dooneen AC set the ball rolling with a gold medal winning performance in the girls u14 javelin.

Dooneen claimed a second gold in the girls u14 hurdles with Megan O’ Shea edging out the win, and club colleague Lily McMahon following up closely in 4th.

Josh Devlin, Emerald AC, was also in the medals taking third place in boys u14 hurdles.

Club colleagues Angel Alfred and Emma Griffin also had good performances in the girls U17 long jump but were outside the placings. Sarah Hosey girls u19 had a great battle in the 800m eventually taking second.

Fixtures
Good luck to Victoria Amiadamen who represents Ireland at the European U18 Championships in Jerusalem this week.