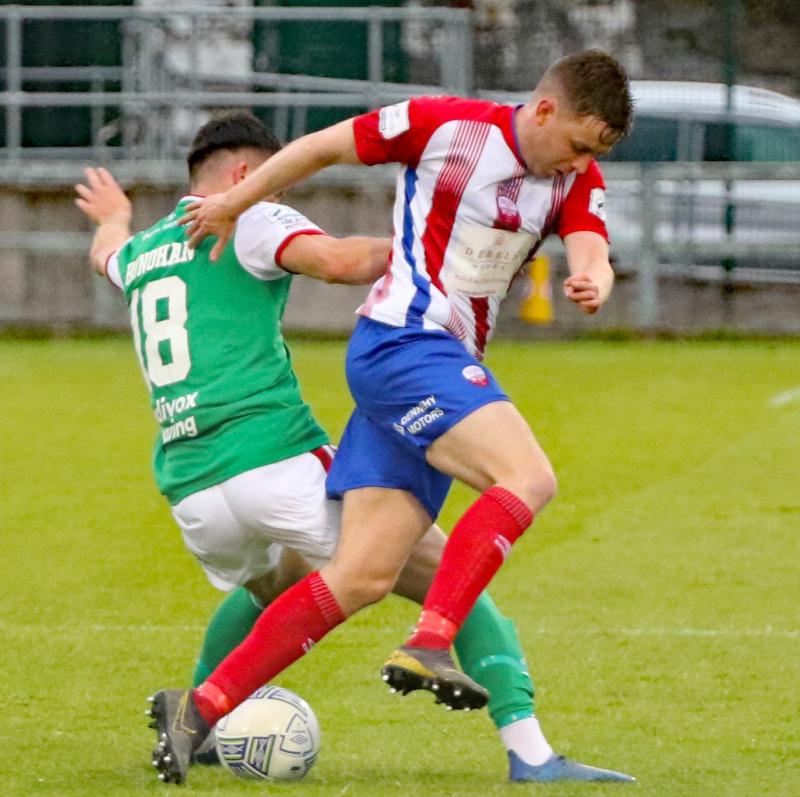 TREATY United slumped to their third league the defeat of the SSE Airtricity League First Division season over Munster rivals, Cork City when going down 5-0 at the Markets Field on Monday night.

It was a forgettable evening for Treaty, who were nowhere near the level required against the title favourites. This was a record defeat for Barrett's promotion play-off chasing side, having lost 4-0 to the same opposition in March.

First half goals from Kevin O’Connor, Matthew Srbely, Ruairi Keating and Aaron Boger were added to by a late strike from Darragh Crowley mean that Cork have now scored 12 goals without reply against Treaty.

Cork City came into the clash top of the table and stayed there in emphatic fashion, Treaty never got near their strongest defensive display, not aided with having to deploy three more natural midfielders across the back four.

Tommy Barrett recalled Joel Coustrain while youngster Colin Conroy was given a first start – after eight appearances off the bench. Conor Melody replaced Enda Curran as Treaty once again were forced into positional switches. Lee Devitt dropped into left-back with Marc Ludden absent.

The home side marked the passing of local Cllr, publican and supporter, Jerry O’Dea with a minute's applause prior to kick-off. O’Dea was a big supporter of senior soccer and was the match sponsor on the evening.

The visitors dominated possession early on and O’Connor opened the scoring when Treaty failed to deal with a corner. A shot was deflected into the ex-Preston man’s path and he volleyed home with his right foot.

With half-time approaching City put the result to bed. Ruairi Keating tapped home a low Srbely cross with Treaty really struggling to stop the Rebels. Aaron Bolger weaved a bit of magic soon after, and he curled a beauty from outside the area for a comprehensive half-time lead.

Treaty created openings in the second half, with Conor Melody and Jack Lynch going close. But it was Cork who completed the scoring when Winn’s poor clearance went to Keating, who squared to Crowley who had the easiest of finishes.

Barrett will hope that his injury list can clear up ahead of a clash with Cobh Ramblers on Friday evening at St Colman's Park, 7.45pm.