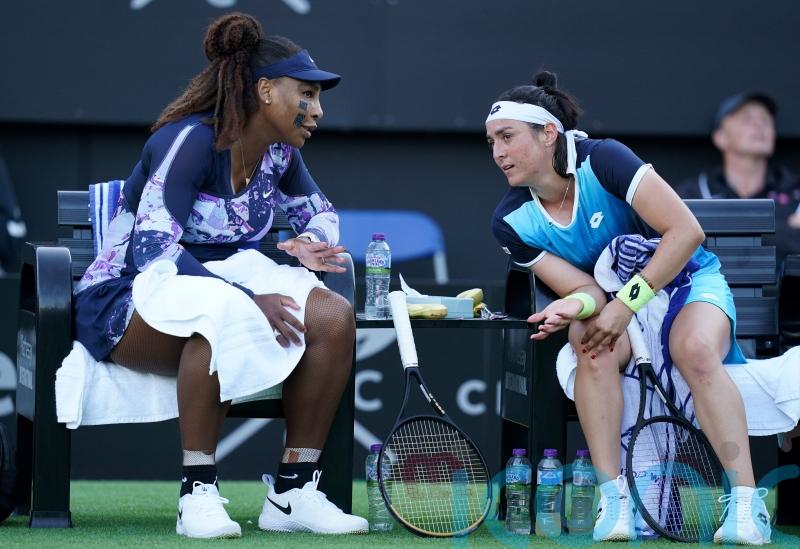 The new “Onserena” doubles team made it two from two at the Rothesay International Eastbourne on Wednesday with Serena Williams able to fire a warning to her rivals with numerous flashes of brilliance.

A 6-2 6-4 win over Shuko Aoyama and Chan Hao-ching was sealed in just over an hour on Centre Court to put the makeshift pair two more victories away from lifting silverware on the south coast.

Williams produced several aces and winners, especially at the net, despite shadows gathering at Devonshire Park to show the 23-time grand-slam champion may just be a contender at SW19 next week.

“Oh yeah, I don’t know if you know the team name? It’s Onserena,” the 40-year-old revealed.

“I have had some really good training leading up to Wimbledon and up to this tournament, really hitting the ball well and just working out. It’s been working and it’s just been connecting.

“I feel like I have been serving well so that’s been really good. Working really hard on that. I have been returning well. I’ve missed a lot today, but the young ladies they were serving really well, the ball was staying lower, but yes, those two shots have really come together for me.”

Jabeur, in keeping with her tone for this week where she has lavished praise on her doubles partner, purred over Williams’ serve.

The Tunisian did play her part with some deft touches at the net but soon enough they will be rivals at the All England Club for the third major of 2022.

When Williams announced a shock return to tennis on June 14, it put an end to retirement rumours after long-term coach Patrick Mouratoglou started to work with Simona Halap earlier this year.

A wild card entry into the doubles at Eastbourne was agreed to give the seven-time Wimbledon champion some match practice before she begins her latest pursuit of a 24th grand slam title. 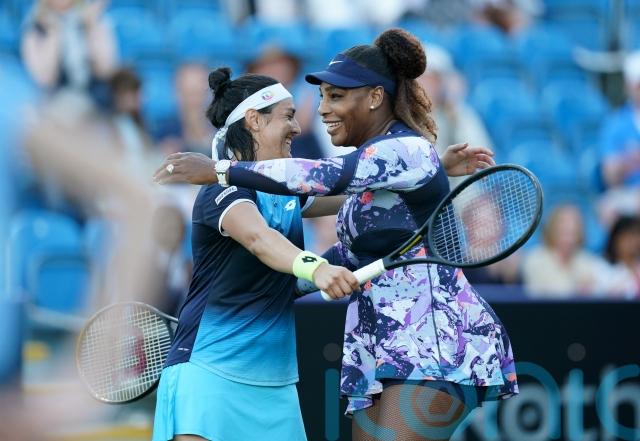 It is now back-to-back wins for the American great after close to 12 months on the sidelines and it has got the competitive juices flowing.

Williams added: “I think I will always enjoy the competitive side and I think there is a part of me that will always, no matter what happens, will always miss it.

“So I wasn’t thinking about whether I was missing it. I was just recovering and taking time off and just taking mental breaks, but yes, now when I’m back, it’s like, especially this match in particular, it’s like, OK, you really remember the competitiveness and then you start to miss it, yes.”

Williams and Jabeur secured two breaks by the 13-minute mark and wrapped up the opener inside half an hour before a tougher second set was eventually sealed in the nick of time with play suspended for the day soon after. 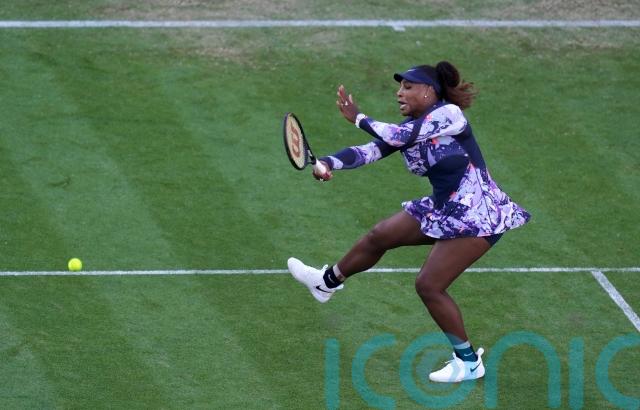 After missing the deadline to enter Wimbledon, Onserena will not grace the All England Club as a pair next week but more events could be on the horizon with their semi-final tie set for Friday.

Jabeur insisted: “We played much better. I think we are getting used to each other now. I am ready for more tournaments to be honest with you.”

Williams, who looked sharp despite playing consecutive days, added:  “I feel good.  As good as one can feel after having such a long time off. I was telling Ons. This was a really good match and the second set in particular, they played really well, but we were able to just play different circumstances.

“It was actually good match play and match practice, which is exactly what I needed and what I wanted to do coming here, so I couldn’t have asked for more.”