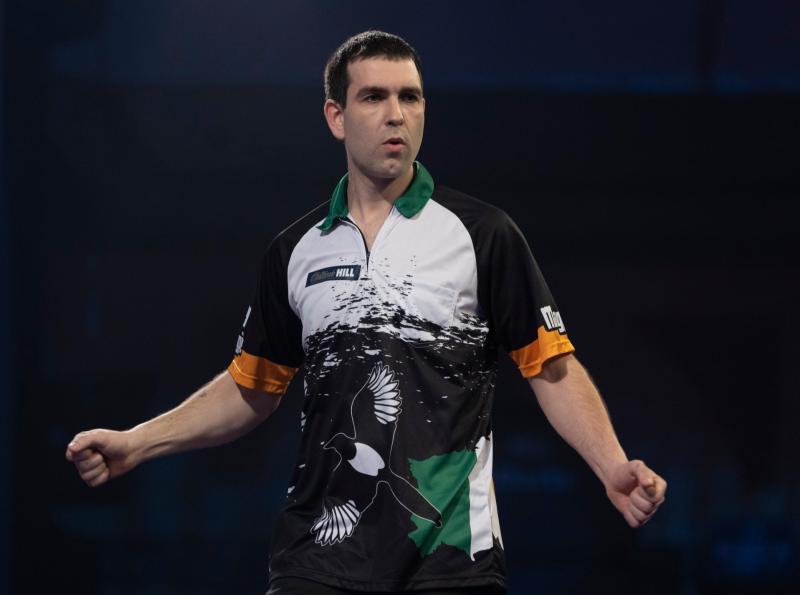 LIMERICK'S William O'Connor said he was 'over the moon' as the Cappamore native and team mate Steve Lennon progressed to the second round of the Cazoo World Cup of Darts in Germany.

O'Connor and Lennon teamed up to see the Republic of Ireland score a deserved 5-2 victory over Canada in their opening round game on Thursday night at Frankfurt's Eissporthalle.

2019 World Cup finalists O’Connor and Lennon will play Danny Noppert and Dirk van Duijvenbode, of the Netherlands, for a last eight spot on Saturday afternoon.

The Republic of Ireland proved too good for the Canadian pair of Jeff Smith and Matt Campbell in their last 32 fixture.

The Irish pair landed back-to-back 16-darters to establish an early 2-0 cushion, before O’Connor followed up a clinical 83 kill on the bull in leg four by wrapping up proceedings inside 14 darts.

“It was tough. Steve played absolutely brilliantly there. I’m over the moon,” reflected a confident O’Connor.

“If Steve can keep doing what he’s doing and I can start doing what I can do, there’s very few that can stop us.”

This year’s World Cup of Darts marks the 12th edition of the popular pairs event, which will see 32 countries represented by two-player teams until this Sunday.