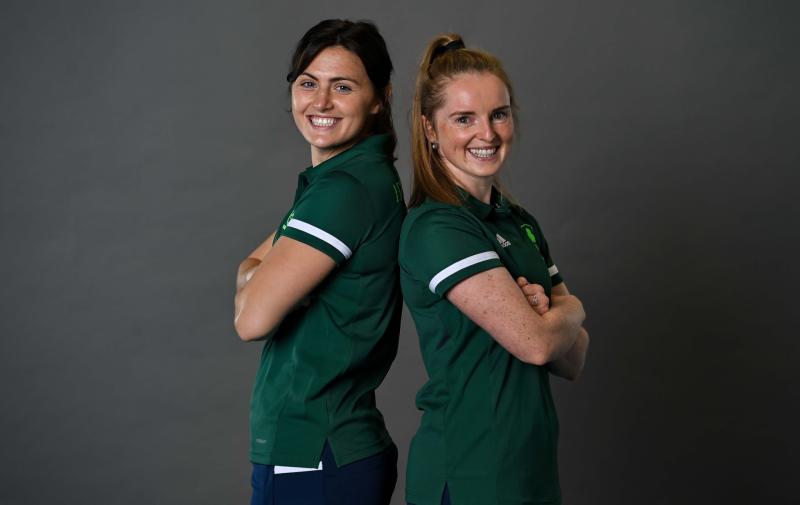 The campaign gets under way on July 2 at Amsterdam’s Wagener Stadium.

Included in the panel are Rosin Upton and Naomi Carroll - both Catholic Institute players.

Upton is the team's vice-captain.

The side conclude their preparations for the World Cup at Belfield this week with the SoftCo Series with Ireland taking on Japan four times. The first game is on Saturday, June 18 (4pm) with the subsequent games on Sunday, June 19 (4pm), Wednesday, June 22 (5pm) and Thursday, June 23 (7pm).

It is a fresh-faced side with five uncapped players set to make their official debuts in the competition as the post-Olympic evolution of the Green Army continues apace.

Upton is one of five players that remain from the groundbreaking 2018 run to the World Cup final.

“The team are excited about our progress and the opportunities that lie ahead over the next month, and know that anything is possible at a World Cup,” Ireland coach Sean Dancer.

“Our entire group, players and staff have been working extremely hard over the last month, on the basics that a new group has to do. This has been a tough but a very enjoyable period.”

Ireland start off on July 2 against the hosts and current world number one side, the Netherlands, with the 9,500-strong venue already sold out.

Next on the agenda is a July 5 date against tournament debutantes Chile (world rank: 17) before concluding the group stage on July 6 against Germany (world rank: 5).

Top spot in the group advances direct to the quarter-final stage with the second and third place nations, facing an extra game to reach that stage in the crossover playoffs. Fourth in the group will go into the 9th to 16th place playoffs.

Ireland’s initial run of fixtures take place in Amsterdam and if they can emulate their 2018 run, the semi-final and final will be played in Terrassa, Spain.

“The World Cup is always a tough tournament but what a great challenge to be playing the best team in the World, 1st game up, in front of their home crowd,” Dancer added.

“We have set our sights firmly on a positive result versus Chile, and will approach the playoff games day by day, when we get to that point. We are very grateful for the continuous support from our sponsors SoftCo, Park Developments and Saba along with Sport Ireland and Sport NI as well as and the hockey community. We would simply not be able to do without.”