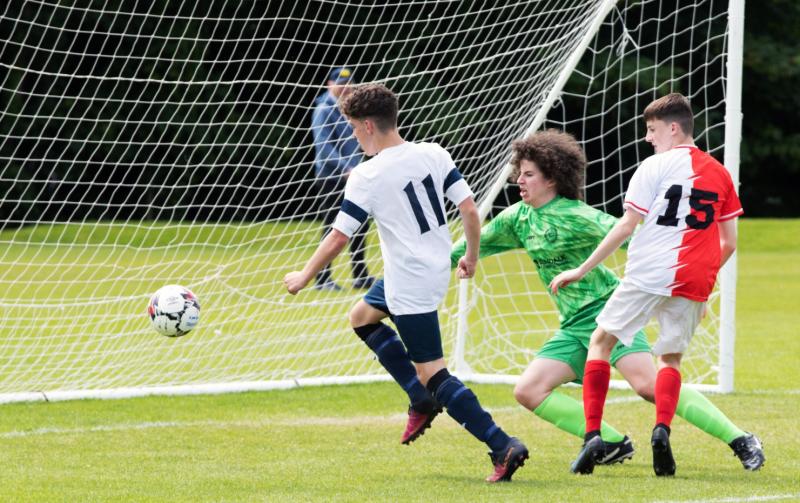 TWO Limerick sides are involved in finals this Friday at the SFAI Kennedy Cup U14 interleague soccer competition at the University of Limerick.

First into action this Friday is the Limerick Desmond side which takes on the Clare League in the Kennedy Cup Shield final at 10.30am at UL.

A goal from Max White, of Breska Rovers, was enough to see Limerick Desmond progress to the Shield Final after securing a 1-0 victory over the Mayo League.

At 12noon, Limerick County will face Carlow in the Bowl final at 12noon.

Cian Finnucane, of Charleville AFC, got the only goal for Limerick County in their 1-0 Bowl semi-final win against West Cork at UL on Thursday.

Meanwhile, in the Bowl Shield play-offs, Limerick District edged past the Kerry League 4-3 in a seven-goal thriller on Thursday. District went 3-0 up against Kerry thanks to goals from Daniel Kirby, Alex Omoruyi and Jovanny Kwuiske but Kerry staged an amazing come back to level matter. Robert Keane, Saad Abdalla and Ethan Ballard got the Kerry goals.

But just as it looked as if penalties were on the cards Daniel Kirby broke Kerry hearts giving Limerick District the win and 21st place with Kerry in 22nd.