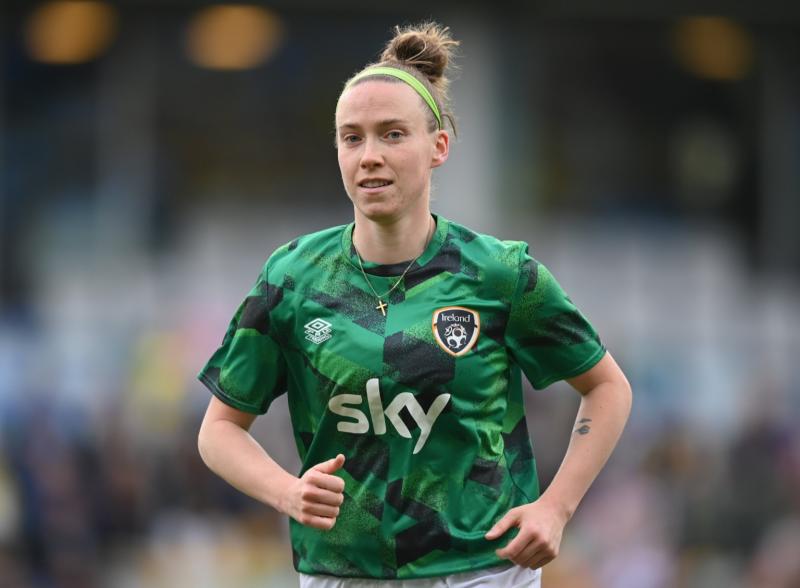 A LIMERICK defender has been included in the Republic of Ireland Women’s National Team squad for the trip to Georgia for their next 2023 FIFA Women’s World Cup qualifying game in Group A on Monday, June 27.

This month's Republic of Ireland meeting with Georgia is a rearranged fixture from September 2021, when Covid-19 restrictions were in place. It was agreed that Ireland would host Georgia on November 30, 2021 (which they won 11-0) and then travel to Georgia in June, 2022.

Manager Vera Pauw has given a first senior call-up to goalkeeper Naoisha McAloon, who joined Durham WFC in the English Championship last season, while defender Diane Caldwell returns after missing the draw away to Sweden in April.

Peamount United forward Stephanie Roche is recalled to the squad for the first time since November 2019, when she earned her 55th senior cap in the draw away to Greece.

There are seven current SSE Airtricity Women’s National League players included, while another 10 players previously featured in the League.

In order to build up the players’ fitness, with most now in their off-season, Pauw recently organised two games against boys teams to replace the regular Home-Based Training Sessions at the FAI National Training Centre.

The squad will depart Dublin on Wednesday afternoon – after undergoing a light training session – headed for Antalya, Turkey for a training camp. On Sunday, June 19th, they take on Philippines in an International Friendly game, which will be live streamed on FAI TV.

On Saturday, June 25, Ireland will arrive in Tbilisi to step up preparations for the qualifier against Georgia, which will be live on RTÉ2 and worldwide on the RTÉ Player.