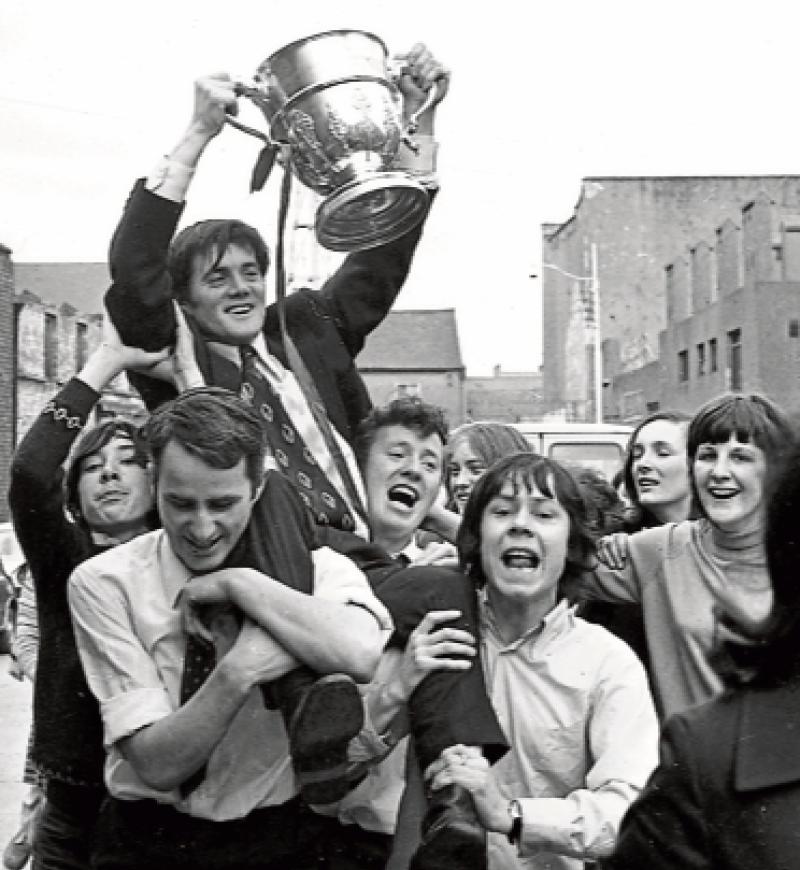 THE funeral of Hughie Hamilton, who played under Brian Clough at Hartlepool United in the 1960s, and went on to bag a brace for Limerick to win the FAI Cup, takes place at Holy Trinity Church, Seaton Carew, Hartlepool at 2pm on tomorrow, Tuesday.

Tributes have poured in for Hughie in Limerick where he played a leading role in securing their first ever FAI Cup win in 1971, including from his former team mates Kevin Fitzpatrick and Al Finucane.

The much-liked Scotsman joined Hartlepool from Falkirk in the early 1960s and returned to Hartlepool when his Limerick playing days were over.

The late Hughie Hamilton's visits back to Limerick would always see fans wanting to spend time with him and have photographs taken alongside their hero.

Hughie’s wife Yvonne, son Hugh and daughter Debbie have said that they have been overwhelmed by the warmth, sincere wishes and love shown towards Hughie and the family since the sad news broke of his passing last week.

He’s been a regular figure at Hartlepool's matches over the decades in a number of capacities from coaching and inspiring youngsters, driving the youth team bus, plus a familiar face on hospitality duties during match days representing the club.

Double European Cup winning captain with Notts Forest John McGovern, who used to clean Hughie’s boots when a youngster at Pools, said: “Hughie Hamilton was a player that could get the spectators off their seats because he had the ability to go past players. Like myself, Hughie considered it a true privilege to play for 'Pools. He was a great character and very popular.

“His history making period over in Ireland after he left Hartlepool was a magnificent achievement and they still very much adore him over there. The team brought Limerick to a standstill with an FAI Cup final win and the celebrations were endless ”

Former Pools captain Micky Barron described Hughie as a special person and added: “He had a great view of the game and was always there to help. Hughie will be a huge loss around Victoria Park as he had an infectious personality and incredible warmth.”

Fellow Scotsman Rob McKinnon, who is one of the best left backs to play for Pools, commented: “I always loved meeting Hughie as he was able to light up any room just by his presence.”

Former 'Pools centre-forward Paul Baker, now a scout for Newcastle United, said: “Hughie was such a lovely man and he always gave encouragement, particularly to the young players. He was a reliable shoulder to lean on as young players were finding their feet at the club.”

Hartlepool-born Ian Knight who went on to star for Sheffield Wednesday and played for England Under 21s, commented: “Hughie always had a story to tell of his days with ‘Cloughie’.

He laughed that he was Cloughie’s first free transfer giveaway. It was always a life joy to meet him and he helped and guided so many young Pools players down the years.”