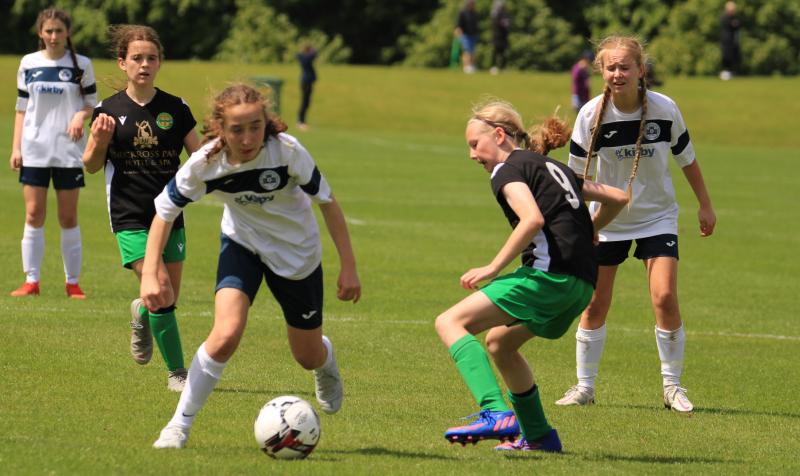 Limerick Desmond's Eleanor Blake in action against the Kerry League in the Gaynor Cup at UL this week Picture: Sinead Kiely

LIMERICK Desmond have advanced to Friday evening's semi-finals of the Gaynor Cup at UL after finishing top of their five-team group.

Desmond edged out the Kerry League for top spot in group four with a run of two wins and a draw from their four Group 4 fixtures securing seven points.

Limerick Desmond secured top spot in their group with a hard fought 1-1 draw with local rivals Limerick County in their final group game before a large attendance at UL on Thursday evening.

Desmond trailed 1-0 for a long spell in this derby clash after the talented Maddison McGuane, of Pike Rovers, fired Limerick County into the lead in the opening half. McGuane was one of the heroes of Pike Rovers' SFAI U12 National Cup final win over St Kevin's Boys last month. 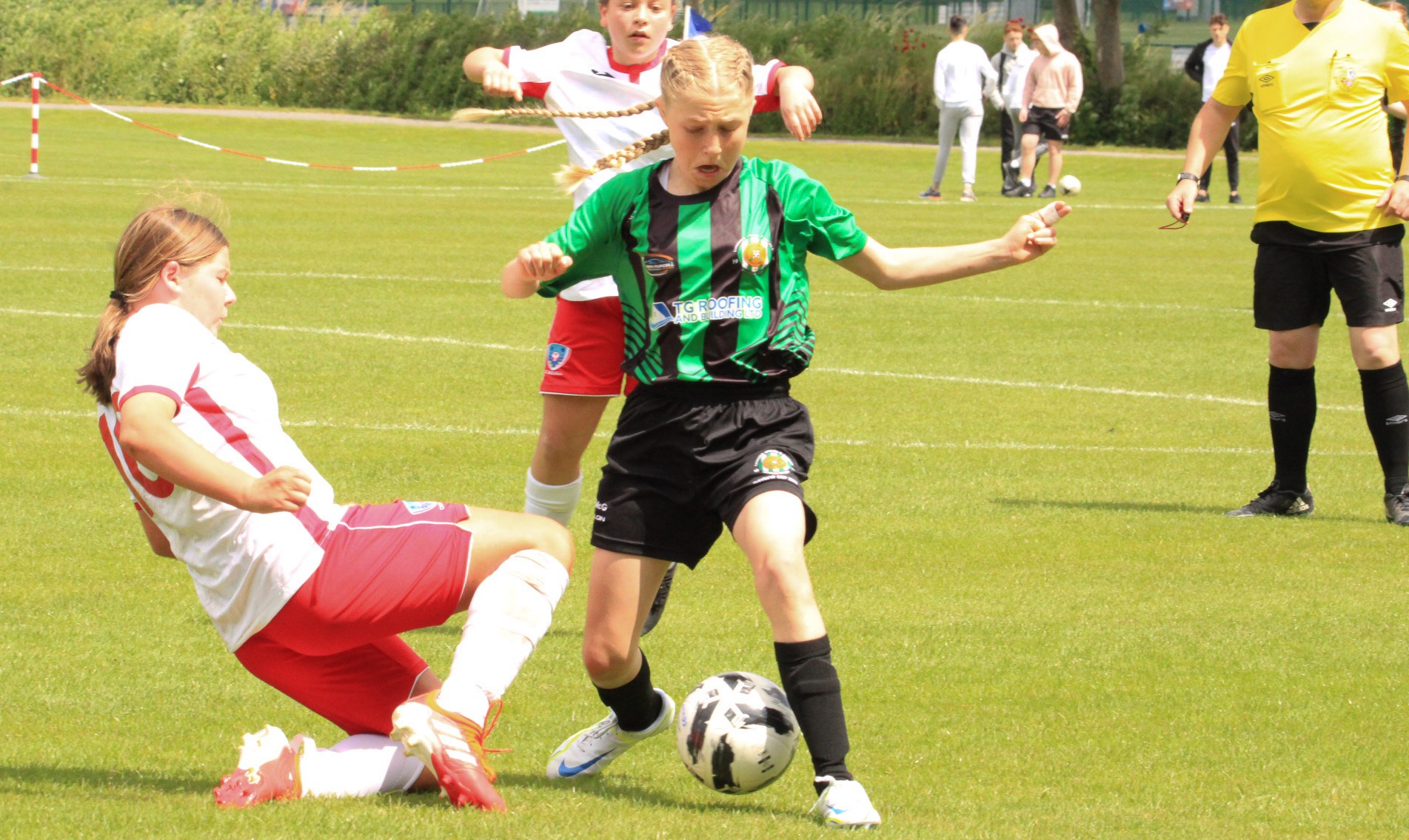 County held their advantage until deep into the second half before Christina Bokeman brought Desmond level with a terrific finish into the corner of the net.

Limerick Desmond received a bye into the Gaynor Cup semi-finals which will be played at UL at 6pm this Friday. Desmond will take on MGL South in the semi-final following their 2-1 quarter-final win over MGL North.

Meanwhile, Limerick County, who picked up four points with a win and a draw in their four group fixtures, have advanced to the Gaynor Shield semi-finals.

Limerick County received a bye into Friday evening's semi-finals and will take on the Kildare League there following their victory over Kilkenny. County's semi-final will kick-off at 6pm on Friday evening at UL.