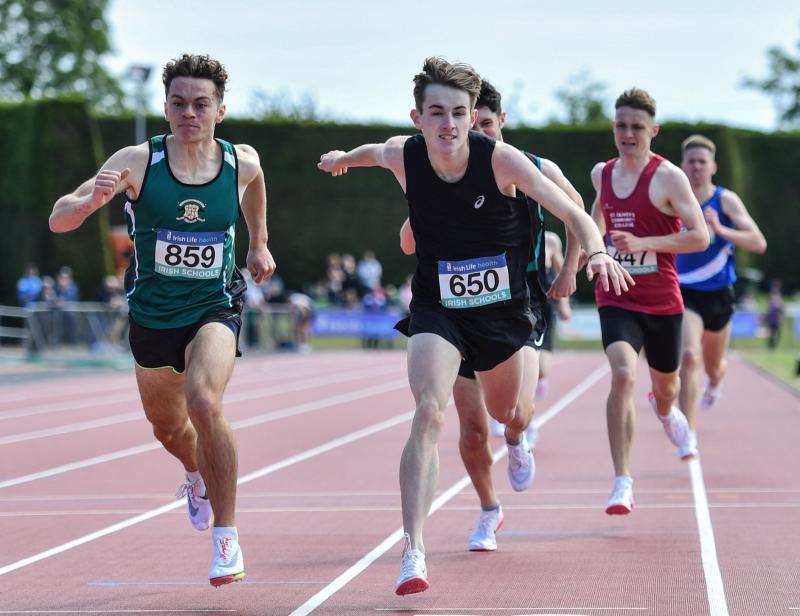 SCHOOLS TRACK & FIELD CHAMPIONSHIPS
THE Irish Life Health All-Ireland Schools Track & Field Championships took place at Tullamore Track on Saturday.
This included over 1000 athletes from 369 schools and proved to be a superb day of athletics. Munster qualifiers from the regional events continued their successes with many podium finishes.

Leagh Moloney (Gaelcholaiste Luimni) won Gold in Long Jump and followed this with a Silver medal in the 80m hurdles. Victoria Amiadamen was silver medallist in a tightly finished 300m.

Alan Gladys (CBS Limerick) was 7th over 400m hurdles. Crescent College Comprehensive competed in the intermediate boys 4 x100m relay event finishing strongly but outside the medals on the day.

Laura Frawley, St Mary’s Charleville, took Gold in the Long Jump (5.88m) and silver in the High Jump (1.63m- the same score as the Michelle Cashman the winner from Newbridge College)

AROUND THE COUNTRY
Sorcha Nic Domhnaill of Donore Harriers was second across the line in 33:06 in Dublin Women’s Mini Marathon with her sister Ide third in 33:26.

Well done to all took part in the Cork City Marathon and Half Marathon including Patricia Wade, Úna Power and Joanne Browne, all of An Brú.