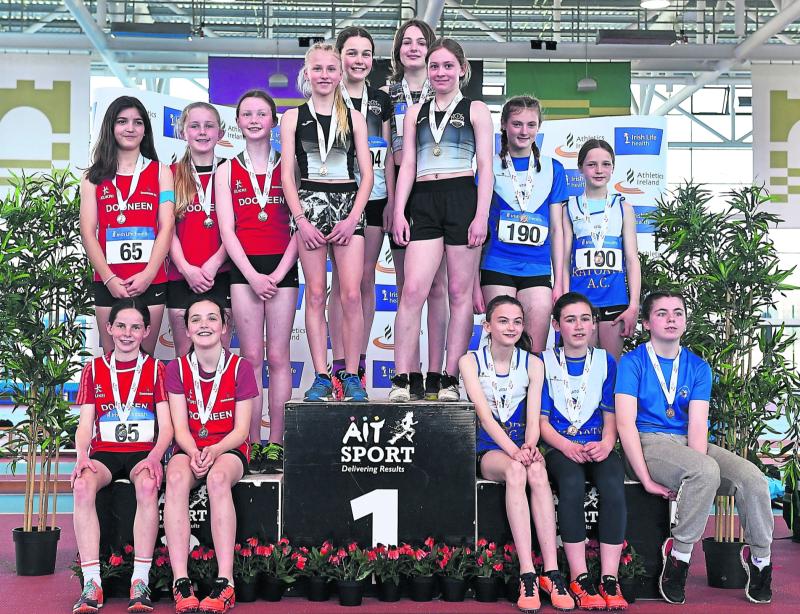 HELD on Wednesday evening of last week and hosted by Dundrum AC there was good performances from Limerick athletes on this fast, flat course.

Best was West Limerick native Sorcha Nic Dhomhnaill who was 5th overall and won the Women’s race in a time of 16:07. She was followed in second by her sister Ide in 16:25 with both girls representing Donore Harriers.

Great Limerick Run
Well done to the Limerick AC team of Mike Neville, Enda Johnson, Aaron Gallagher and Keith Daly who won the Relay Marathon in a time of l

The Marathon and Half Marathon also doubled as the Munster Championships with John Kinsella taking the Senior Munster title in a fantastic time of 2:32:46 having been 4th overall. Dave Hanlon (Limerick AC) was 1st M45 in 2:56:54.

A brilliant run of 3:08:34 by An Bru’s Katarzyna Bobka saw her take the Women’s Munster title with Dooneen’s Clare Coleman taking Silver in 3:16:15. Both girls were 4th and 5th in the race overall.

Parkrun
Oisin Spillane from Tralee set a new course record at UL in a time of 15:22.

Around the Country
Sean Quirke (Bilboa) was first in the Munster Mountain Running Race in Mangarton.

Tony Harty was 5th on his ‘debut’ for West Limerick in the Portlaw 5 Mile in Waterford, crossing the line in 26:33. Clubmate Killian Lynch was 13th in the Bweeng 5K in 16:28.

The Bilboa duo of Avril Kelly and Mick McCarthy ran the Dingle Half Marathon in 1:58:25 and 1:36:57 respectively.