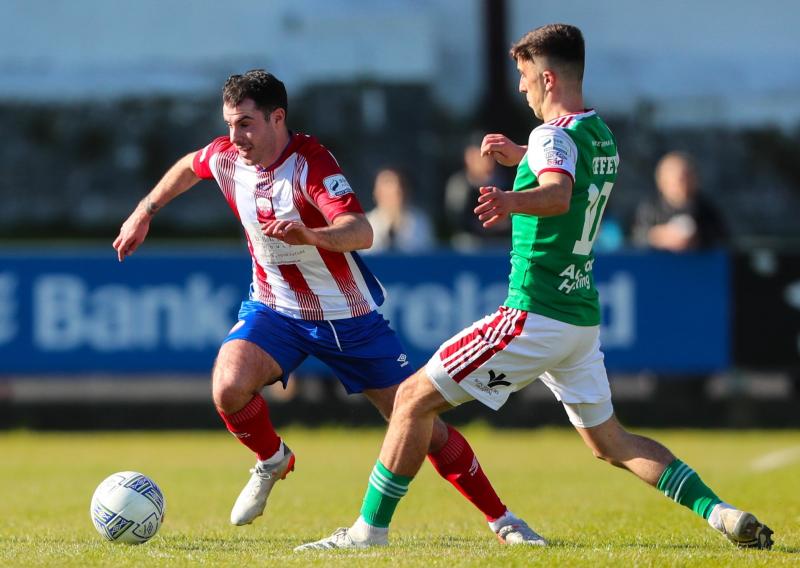 TREATY United return to on field action this Monday night, this time in Munster Senior Cup against rivals Cork City.

Tonight's semi-final fixture is set for the Markets Field at 7pm.

Tommy Barrett's men will be looking to improve on their last performance, a 3-0 defeat at the hands of Cork city. That of course was the league and Barrett is all too aware of what the full time teams can do to you if you are not at 100%.

“They can kill you off. They are two years into a full time cycle now and they just punish you. That is just the way it is”
Barrett continued to praise his side's efforts.

“We have had spells in recent games where we are playing well. Even after we conceded the third goal against Cork, we kept playing an showed some good stuff”

Treaty have a break from league action until this Friday, May 13, when they host Bray Wanderers at the Markets Field in a crucial SSE Airtricity League First Division fixture.