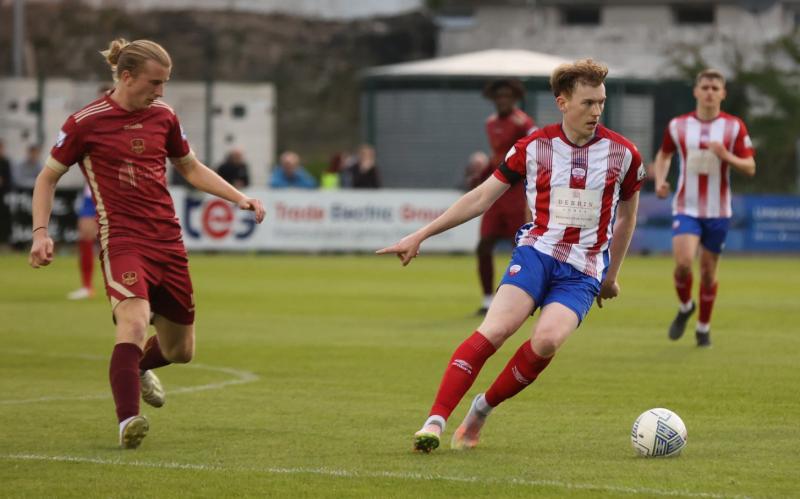 TREATY United capitulated in a manic 15-minute spell as they saw a two-goal cushion dissolve before their eyes, going on to lose 3-2 to title contenders Galway United in their SSE Airtricity League First Division fixture at the Markets Field on Friday night.

Treaty United’s biggest challenge coming into this season was to try and maintain 2021’s work ethic while also allowing for a small bit more expression in the final third of the pitch.

After taking liberties with that freedom against Cork City in March, Tommy Barrett had enough and they reverted to type.

These 90 minutes were a great example of how Treaty can stand toe to toe with the best in the division, but perhaps lack a bit of guile when it comes to closing out games due to the effort they put in early on.

Enda Curran missing out through injury suggested they might really struggle in front of goal but it took Dean George just 15 minutes to laugh at that theory, when he glanced his brilliant header home after a tempting Marc Ludden cross.

Galway were somewhat toothless for the next 45 or so minutes, eventually allowing Treaty’s direct approach to pay dividends when George double his tally after a scramble in the box on the hour mark.

But the supposed comfort of that scoreline seemed to entice them into sitting off rather than pressing, and Galway got slightly more comfortable on the ball in the final third.

With 15 minutes to go, Ronan Manning struck a wonderful effort past Jack Brady, before the Tribesmen drew level just a few minutes later when Alex Murphy headed home at the back post.

The capitulation was complete just three minutes from time when Stephen Walsh converted in front of a partisan away following – as the Markets Field emptied in disbelief.