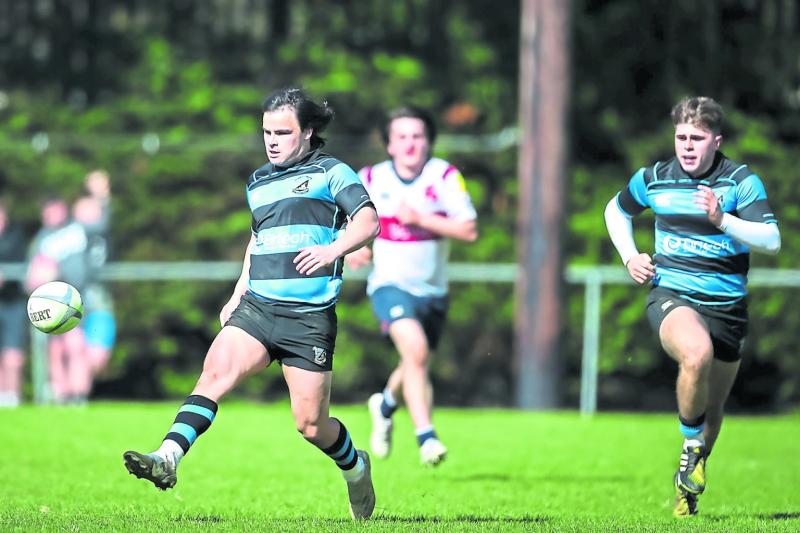 SHANNON RFC will aim to book their return to Division 1A of the Energia All-Ireland League this Saturday when facing Naas in the Division 1B promotion final at their Coonagh Grounds, 2.30pm.

Shannon secured their place in the promotion final with a spirited 25-19 semi-final victory away to Highfield at Woodleigh Park in Cork on Saturday last.

Standing in the way of the Parish side's return to Division 1A of the league will be Naas who edged past table toppers Old Wesley 37-36 in their nail-biting play-off fixture at Donnybrook.

Naas defeated Shannon in each of their two AIL Division 1B regular season fixtures this season. The Co Kildare side recorded a 35-29 victory over Pat O'Connor's charges when they met at Thomond Park in November.

In the return fixture at Forenaughts, Johnny Murphy's side recorded a 38-29 success to complete the double of the AILs most successful club.

However, Shannon have won each of their last seven AIL fixtures ahead of next weekend's promotion final.
Shannon last secured promotion to Division 1A of the All-Ireland League in 2018. Shannon claimed the Division 1B title – and with it promotion back to the top flight after a five-year gap – after recording a crushing 40-17 win over UCC in April 2018.

Nine-time Ulster Bank League Division 1A winners Shannon had been relegated out of the top flight in 2013 when suffering a 42-0 thumping in a play-off game against UCD in Coonagh.

However, having gained promotion to the top flight in 2018, the Parish side was relegated back to Division 1B the following season. The Tom Hayes-coached Shannon side suffered a 19-34 defeat to Division 1A table toppers Cork Constitution on the back pitch at Thomond Park to end their hopes of getting out of the drop zone.

Prior to kick-off at Woodleigh Park in their semi-final play-off on Saturday, the Pat O'Connor-coached side had beaten Munster rivals Highfield 6-0 at Thomond Park in December and secured a 9-9 draw with the Leesiders the following month in their regular season fixtures.

Shannon and Highfield traded early penalties in their latest meeting at Woodleigh Park with Jake Flannery landing an early kick at goal for the visitors which was cancelled out by one from Shane O'Riordan for the hosts. Crucially, Shannon closed to within a point of their opponents, 16-15, at half-time, thanks to a try from Jack O'Donnell.

The Limerick side made the perfect start to the second half when Ronan Coffey struck for their third try. Flannery's successful conversion and a 55th minute penalty eased Shannon two scores to the good at 25-16 and helped them claim victory.