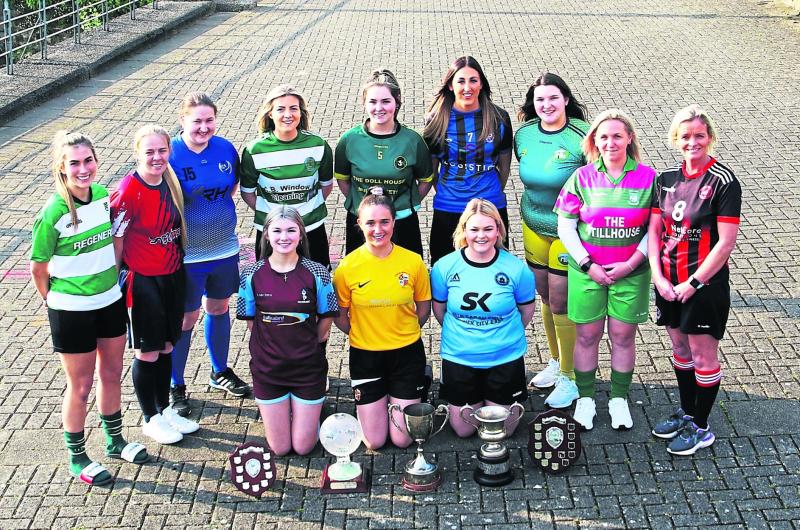 Representatives from competing clubs at the launch of the Limerick's Women Soccer League at City Hall Pic: Brendan Gleeson

FORMED in 1973, by Frank ‘Junior’ Keane, the Limerick Ladies Soccer League continues to grow and develop almost 35 years on.

In 1976, the Limerick League became affiliated to the Ladies Football Association of Ireland.

Once again, the Ladies lead the way as local soccer league action returns to the Mid-West with the opening round of fixtures of the Limerick Women’s and Schoolgirls Soccer League scheduled to commence this week. League action resumed on Tuesday, April 26 with Division 1 and 2 of the Adult Ladies League taking to the field.

This is expected to be a very competitive league this season with several teams in the running preseason to lift the title, only time will tell but over the coming days each team will be looking at getting points on the board as soon as possible.

Division 2 will see 6 teams vying for the title this year. It is difficult to pick a favourite in this, traditionally the most competitive of divisions.

Herbertstown, Ballylanders, Cappamore, Newtown Rovers, Bridge Celtic and new to the league for 2022 Mungret Regional will all do battle over the coming weeks and months in order to determine the 2022 winners.

This is a great showcase of women’s soccer in the region and affords teams players, coaches and communities the opportunity to work together to promote women in sports through their association with the LWSSL. The LWSSL we wishes all teams the very best of luck .