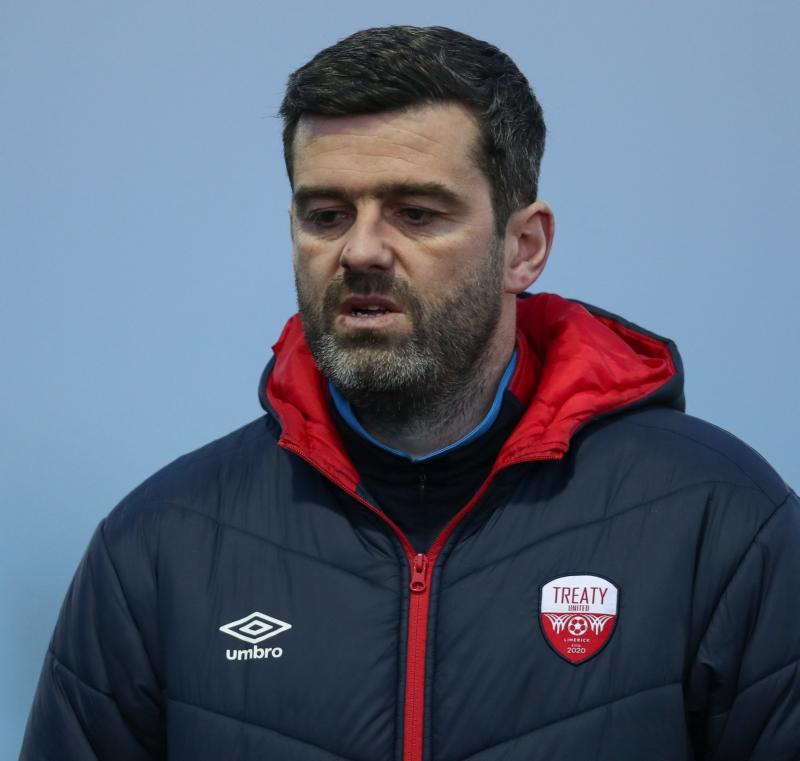 TREATY United extended their unbeaten run in the SSE Airtricity League First Division to six games after securing a 0-0 draw away to Longford Town at Bishopsgate on Saturday evening.

The result sees Treaty United remain in fifth place in the First Division table, one point behind fourth-placed Waterford FC although Tommy Barrett's charges have a game in hand on their Munster rivals.

Treaty are also now five points clear of sixth-placed Wexford FC following the hard fought draw in their first ever meeting with Longford Town who were relegated from the Premier Division at the end of last season.

It was a game of limited chances with defences holding the upperhand for long stages.

Team manager Tommy Barrett made a number of changes to his Treaty matchday squad for the trip to Longford.

Meanwhile, Stephen Christopher, Joel Coustrain and Conor Winn missed out on the game.

Treaty were dealt a blow after just five minutes of the contest when Mark Walsh was forced off with an injury. He was replaced by Joe Gorman.

Both sides created a handful of half chances during the opening half, but the game remained scoreless at half-time.

For Treaty, Enda Curran latched onto a loose ball on 37 minutes and cleverly beat a Longford defender, but his shot was saved by 'Town 'keeper Dennison.

Following an excellent passage of play three minutes later from the home side, Longford whipped the ball into the area, but Treaty defender Charlie Fleming cleared it out for a corner.

Both sides continued to search for the game's opening goal as the second half began after that scoreless opening period.

Fifteen minutes after the restart, Treaty keeper Jack Brady did well to stop a well struck effort from Longford's Aaron Robinson before Sam Verdon was denied with his follow-up attempt.

At the other end of the pitch, with 17 minutes remaining, Treaty United substitute Dean George went on a run down the right flank, before crossing for Willie Armshaw. However, his volley didn't have enough on it to open the scoring.

Treaty boss Barrett sprung Conor Melody off the substitutes' bench in the 78th minute for his first appearance since early March due to a spell out with injury.

For third-placed Longford, Robinson fired over the crossbar with a half volley after Verdon help create the opening on the 80th minute.

Then, with the game ticking into stoppage time, Treaty earned a free in a dangerous position after Armshaw was fouled. However, Tonw keeper Dennison did well to prevent the visitors from going ahead.

The full-time whistle sounded soon after as Treaty picked up a precious point on the road.