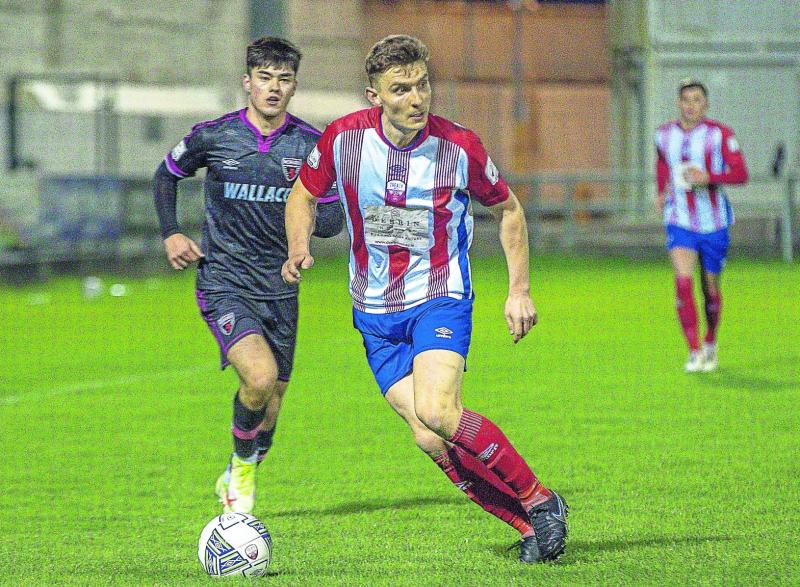 Treaty stretched their unbeaten run to five games on Easter Monday when securing a dramatic 2-1 win over Wexford FC at the Markets Field.

Christopher's dramatic stoppage time strike from 12-yards was the difference as Treaty extended their unbeaten run to five.
The visitors looked to have shaded the contest and taken a point, but Willie Armshaw was fouled before the Cork native sent the 'keeper the wrong way to the delight of the loyal home support.

Treaty led 1-0 at half-time with Enda Curran netting for the fifth time this season. He finished right footed through a sea of bodies, to give Untied a lead after 28 minutes.

The result moved Treaty United up to fourth place in the table, two points behind Saturday's opponents Longford Town.