WATCH: Treaty United strike at the death to edge past Wexford FC at Markets Field 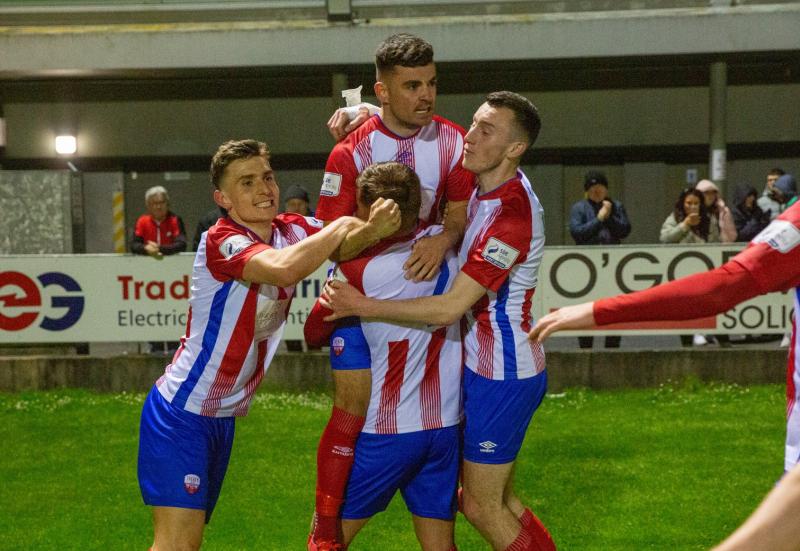 Christopher's dramatic stoppage time strike from 12-yards was the difference as Treaty extended their unbeaten run to five.

The visitors looked to have shaded the contest and taken a point, but Willie Armshaw was fouled before the Cork native sent the 'keeper the wrong way to the delight of the loyal home support.

Treaty led 1-0 at half-time with Enda Curran netting for the fifth time this season. He finished right footed through a sea of bodies, to give Untied a lead after 28 minutes. Curran had netted twice in the 5-1 victory in Wexford on the opening night.

Barrett has another injury concern with Joel Coustrain limping off after just 38 minutes.

Aaron Dobbs levelled this contest entering the final fifteen minutes, sending an unstoppable header beyond Brady. Both sides then hunted the winner.

Brady sent the speedy Armshaw clear and he was fouled allowing Christopher become the hero.

Treaty move up to fourth, and open up a four-point gap over Wexford, who were chasing back-to-back wins. Next up is Longford Town, on Saturday evening.