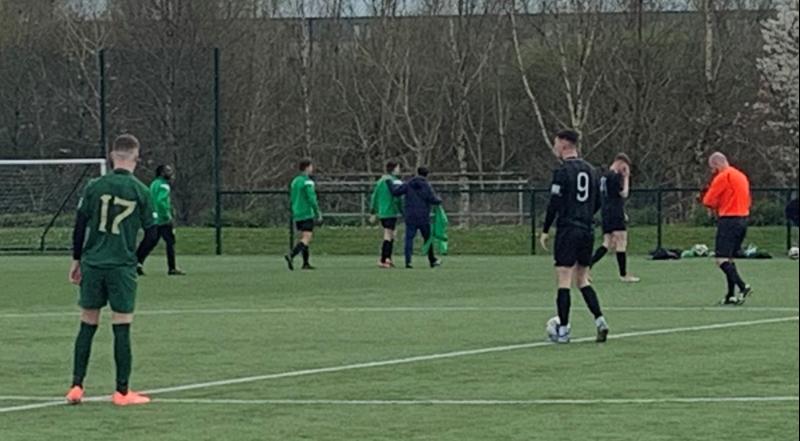 LIMERICK ETB completed an inspiring comeback against the Dublin-based Cabra ETB at the UL North Campus thanks to a brace from striker Jack Ryan to reach the 2022 Bobby Smith Cup final.

The Shannonsiders came into the game as underdogs against their illustrious counterparts from the capital, but it could be argued that it was an end-to-end game throughout.

A mishap in communication between the Cabra defenders led to Ryan easily tapping the ball past the stranded goalkeeper to score for Limerick, making the score 1-1 as the half time break loomed. Both sides created scoring chances and both goalkeepers were busy as the game became frantic in the second half, but Limerick were beginning to develop a hold on the game.

The central defensive partnership of Scott Kirkland and Jake Prendergast contributed to Limerick keeping the game level with brilliant defensive displays, alongside their energetic wingbacks Jonathan Moran and Craig Prendergast. The midfield duo of Ethan Fitzgerald and Leon Kirrane pressed incessantly and Sean Oyibo, Jack Ryan and Kuda Sheahan kept the visitors on edge throughout.

Their hard work paid off with minutes remaining when, after Josh Shinners won a free kick on the edge of the box late in the second half, Jack Ryan stepped up and was able to send the goalkeeper the wrong way and to send Limerick into the cup final where they will face FAI ETB Waterford.