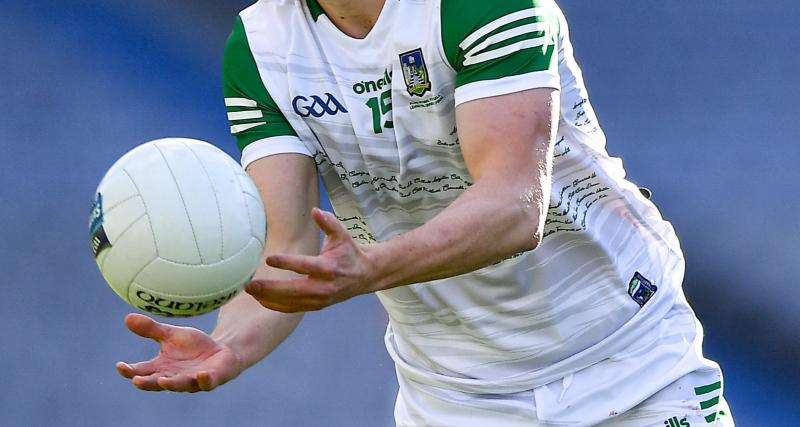 LIMERICK'S 2022 minor football campaign started off on the wrong foot in Thurles on Thursday when a late Tipperary surge consigned the Shannonsiders to a 1-15 to 1-8 defeat and left them needing to win their upcoming ties against Clare and Waterford if they are to advance to the semi-finals of the Munster championship.

A promising start against the wind for Limerick was overhauled once Tipp figured out how to contain the visitor's early midfield dominance and their running game drew enough fouls to give them a three-point lead at half-time.

That was stretched to five soon after the resumption but Limerick responded to draw level by the three-quarter mark off the back of a spectacular goal. However, that was as close as they got as they were again punished by frees before Tipp's 57th minute goal ended the game as a contest

Despite facing into the wind, Limerick started brightly and, using their physical advantage in midfield, opened up the opportunities for Stephen Young to get them off the mark with a free and follow up from play. However, once the hosts began to run the ball forward, they drew a pair of fouls for Conall Grogan to draw level and, continuing the pressure, Daithi Hogan and another Grogan free put them in front.

When Limerick broke the siege, fast breaks from deep led to Bobby Smith and Michael Kilbridge striking on the run but another Grogan free interrupted the rally and resumed an onslaught which led to Joe Higgins, Éanna Ormond and Paddy O'Keeffe widening the gap to four. However, an injury time break drew a foul for Young to convert and narrow Tipp's lead to 0-8 to 0-5.

Premier pressure resumed on the restart as Tommy O'Connor and Paddy O'Keeffe stretched their lead which could have been greater had they not missed a couple of easy frees. Limerick made them pay with Diarmuid Hynes's reply and, when Bobby Smith smashed into the backline to blast home a 38th minute goal, the game found another dimension.

On a roll, the visitors drew level off Hynes's free but the resurgence stopped when two frees were conceded inside at a minute for Grogan to punish at the other end and, when O'Connell immediately followed up, Limerick were left again with the mountain to climb.

Tipp eased back to contain the Limerick response before Darragh Landers, with his first touch following his introduction, pounced on an easy turnover to feed fellow-sub Fionn Fitzgerald who over the advancing Jake Foley and into the empty net.

Grogan followed up with his seventh free and closed the scoring with his eighth after Young converted one at the other end.