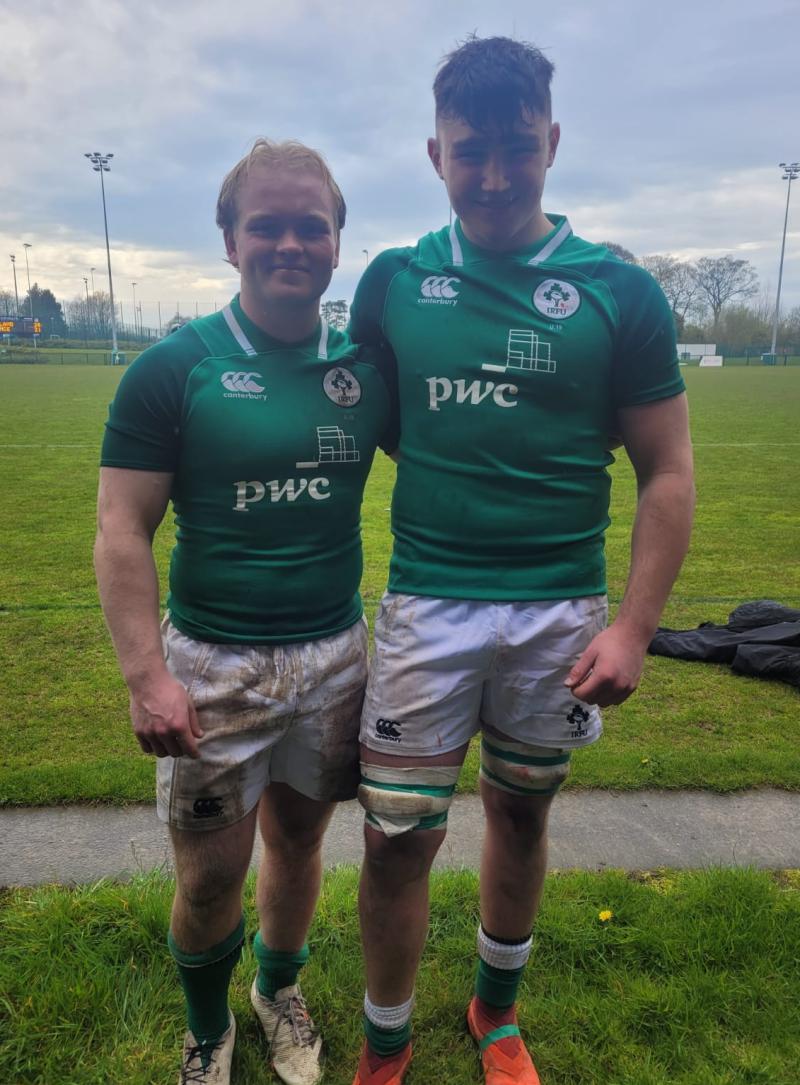 A BRACE of well-taken second half maul tries from Limerick hooker Conall Henchy and some gritty defending in wet and windy conditions helped Ireland U19s defeat a France U20 Development XV 26-21 at Queen’s University Belfast RFC.

Kieran Hallett’s charges dug their heels in through sin-binnings for Oji and George Shaw, showing their battling qualities as hooker Henchy’s scores – both converted by Sam Prendergast – put them in a winning position at 26-16.

There was plenty of late drama as Ireland, who lost number 8 Shaw to a second yellow, scrambled furiously to keep the French out. Replacement Arthur Diaz’s last-gasp try was of little consolation to les Bleuets.

Josh Costello, of Shannon RFC, was also a member of Ireland's match-day squad for last weekend's win over France.