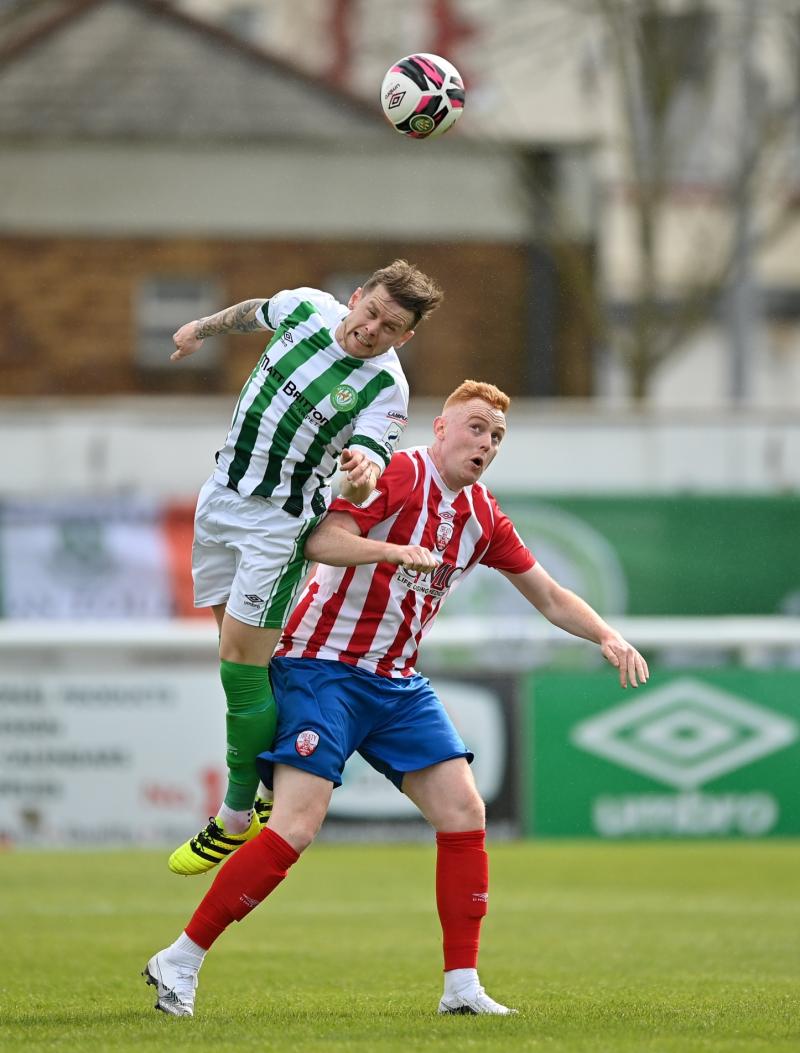 Kieran Hanlon, of Treaty United, in action against Mark Byrne, of Bray Wanderers, in their First Division meeting at the Carlisle Grounds in March of last season

TREATY United will look to make it a hat-trick of wins in the SSE Airtricity League First Division when taking on Bray Wanderers at the Carlisle Grounds on Friday, 7.45pm.

Tommy Barrett's Treaty moved up to fourth in the table when overcoming Athlone 2-0 at the Markets Field on Monday night in their re-arranged fixture.

A goal in either half from substitute Dean George eased Treaty past basement side Athlone Town 2-0 on Monday. The Midlanders are managed by former Limerick FC boss Martin Russell. Treaty went in front three minutes before the interval. George, who’d been introduced for the injured Kieran Hanlon just six minutes earlier, pounced for the lead strike.

Stephen Christopher’s cross was met by Matt Keane who saw his header well saved by Schlingermann but George followed up to finish from close range. His second goal arrived just shy of the hour mark. This time, Christopher’s shot was blocked, but fell into George’s path who tucked it away.