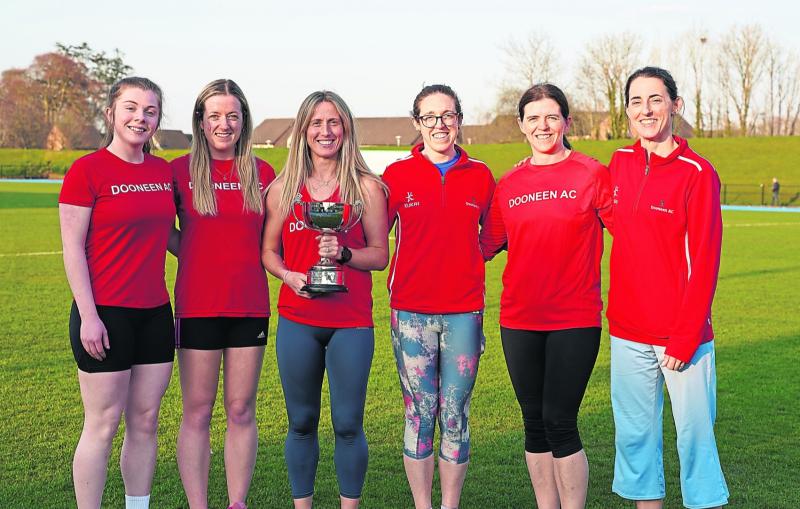 THE National Indoor Finals concluded in Athlone on Saturday with the much anticipated relay events and the last of the field events completed.

It was a day of great excitement with national record times being beaten in a number of age groups. Limerick athletes were well to the fore on the day.

Aaron O'Connor, U18, of Limerick AC, won Gold in the triple jump with a jump of 12.58. Aoife Grimes, Limerick AC, competing in U 16 long jump had a fine jump of 5 .05 m equalling the bronze position but missing out on count back.

Earlier in the day Dooneens U 13 girls were silver medallists in a timed event winning their individual event with determination.

The even age relays took place in the afternoon with another CBP for the Dooneen U 14 girls that included Megan O Shea, Destiny Lawal Eimer Purtill and Lily McMahon and Emma Pethos and Aisling O'Sullivan on the squad also.

In the U16 girls Dooneen had a strong 4th place performance in the final. The U 18 Dooneen girls team claimed the silver medals and the team included Debbie Lawal, Emer Conroy, Aimee Ryan Victoria Amiademen and Mollie Quirke.