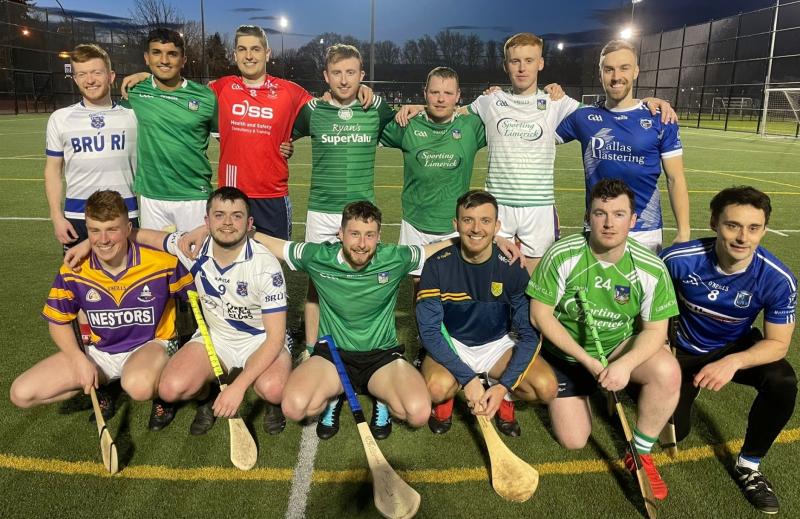 A HOST of Limerick GAA players are currently showcasing their talents with the Cú Chulainn GAA Club in Vancouver, Canada.

VANCOUVER is a city with an ever-growing population, with the current metro area being home to 2,632,000 people, an 1% increase from 2021. While there is a plethora of ethnic groups in the area, the Irish community have proven to be a prominent group within the melting pot of the city’s demographics.

It is estimated that there are 10,000–12,000 Irish in BC, with this number growing on a rapid and consistent basis, despite the increased travel restrictions due to Covid-19.

To accommodate this, there has been a large growth of Irish cultural and sporting organisations, with one of these being Cú Chulainn GAA Club. Founded in 2019, with a primary focus on hurling, the club has grown in an expeditious manner that has seen it develop to have three teams at junior, intermediate and senior level. Prior to its founding, there was only one hurling club in Vancouver, JP Ryan’s Hurling.

According to chairperson of the club, Tony Murphy, it was “evident” that a second team needed to be created in Vancouver: “In 2017 & 2018 I was a member of the JP Ryan’s Hurling club, we had huge numbers but lacked competitive games. I found it tough training all summer to end up with only one weekend of competitive hurling. In early 2019, myself, Anthony Noone, Nigel Daly and a few more sat down to discuss the setting up of a new Hurling Club in Vancouver. “

The club has gone from strength-to-strength ever since. In 2019, the senior team managed to make it to the San Diego Sevens, narrowly losing the final game against a strong San Francisco Tipperary team.

2020 proved to be a challenging year for everyone, with the onset of COVID-19 and the subsequent lockdowns. Despite this, the club continued to spread the message about their newly formed organisation and continued to welcome new players into their community.

The crowning moment in the club's short history came with the success of 2021, which culminated with junior and intermediate victories in the Vancouver Championships, along with a very competitive showing at senior level. These two wins were of huge significance as they were the first pieces of silverware for Cú Chulainn, something that was “celebrated like an All-Ireland victory”, according to Tony.

GAA clubs have proven to be a nexus point of socialising, networking, and a great overall starting point for many Irish immigrants to North America. Cú Chulainn is no different in that regard, for a great source of pride for the club is the welcoming and inclusive nature that it works very hard to cultivate. They have created a community that is “not just about hurling. As a group we have helped new players find apartments, jobs and most importantly, friends.”

2022 seeks to be a very exciting prospect for Cú Chulainn GAA, with an ever-growing player population allowing the club to become more competitive and engage in more and more competitions. As is the case for everyone, the easing of Covid restrictions has allowed planning to begin towards more activities and cross-border travel into the United States.

Not just content with adult hurling teams, Cú Chulainn are very eager to create underage teams with time, as players begin to set roots and start families of their own. This is a further demonstration of the club’s desire to foster a welcoming environment for everyone who wishes to play hurling in Vancouver.

With all these factors considered, the future looks very bright for this ambitious GAA club. With great work conducted by a very dedicated group of committee members, coaches, players and volunteers, this club will continue to be a shining light in the Irish community in Vancouver.