NEWCASTLE West were crowned Munster Junior League winners for the first time in the club’s history after scoring a convincing 50-10 win over Muskerry in their final league game at Ballyanly on Sunday afternoon.

The West Limerick side, coached by former Thomond, Young Munster and Munster flanker Ger Earls, are now the 14th club to have lifted the Munster Junior League trophy.

Newcastle West have qualified for the All-Ireland League Round Robin semi-final where they will face the Ulster Junior League champions, wither Instonians or Clogher Valley, on Saturday week in Navan.

Newcastle West return to action on Sunday next, March 27 at 2 pm when they face Limerick rivals Thomond RFC in the Munster Junior Cup at Cullinagh. 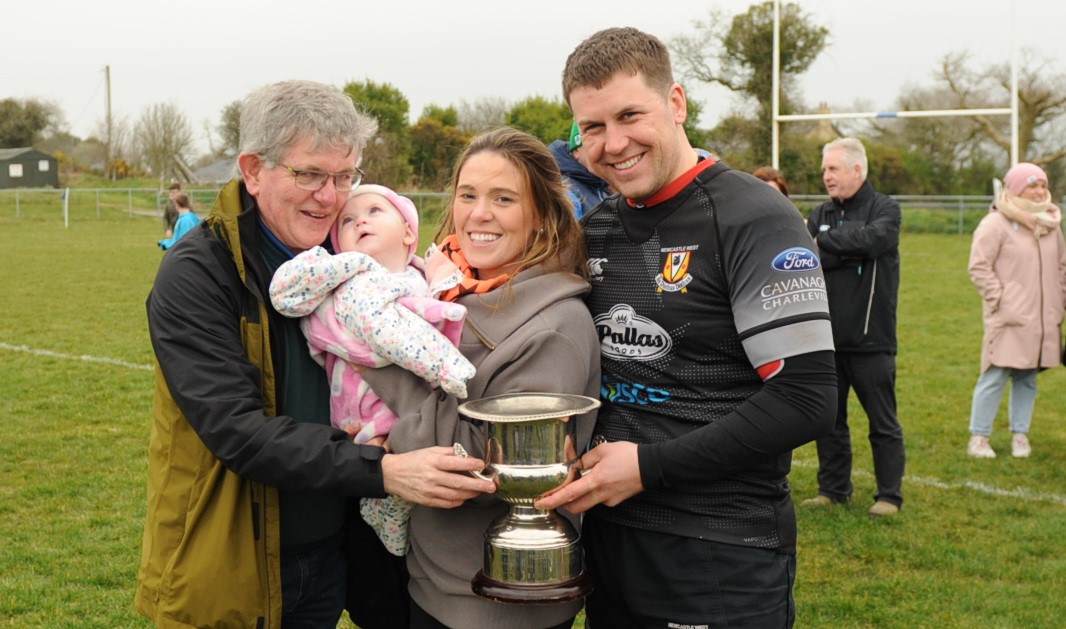