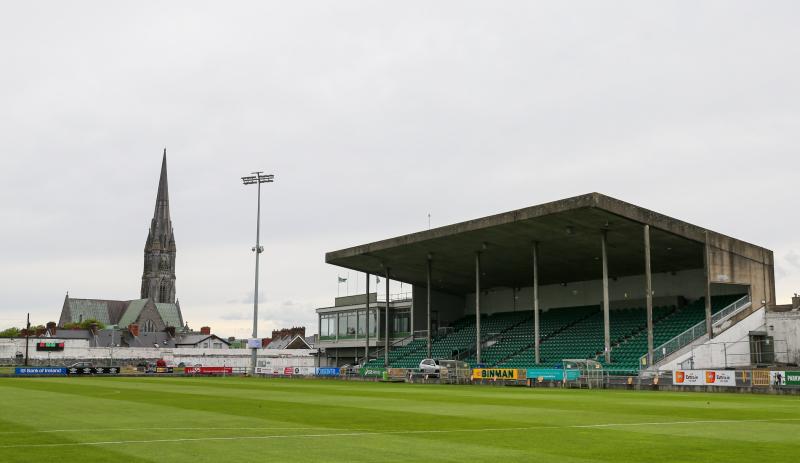 THE Limerick Enterprise Development Partnership (LEDP), who manage the Markets Field stadium, issued a statement in the wake of the postponement of Treaty United's scheduled First Division fixture with Longford Town on Friday night.

The game was postponed an hour before kick-off on Friday night due to pitch conditions after the venue had initially passed a pitch inspection on Friday morning.

However, heavy rain which fell on Friday afternoon resulted in the fixture being called off to the frustration of both home and away supporters.

Treaty United's scheduled First Division meeting with Athlone Town at the Markets Field last month was also postponed after the pitch was deemed unplayable. That game is now due to take place on Monday, April 4 at 7.45pm.

The LEDP statement read: “An enormous amount of work has gone since the football season ended late last November at Markets Field. Therefore we were as disappointed as anyone last evening when we were made aware the match versus Longford Town was postponed.

“Our dedicated team at Markets Field worked round the clock over the past fortnight including the relaying of a sizeable area of the pitch having sourced the best turf available in Ireland, in cooperation with both the FAI and Treaty Utd.

“Unfortunately the rainfall in the later part of this week, in particular during Friday, was sufficient enough to put the match in jeopardy despite passing an initial FAI pitch inspection on Friday morning. We pride ourselves on the standard of playing surface at Markets Field and the annual investment LEDP makes in Limerick Senior Soccer by maintaining the ground, with a significant financial subvention from LEDP.

“We have developed a strong partnership with the manager, staff and board of Treaty Utd and our goal remains to have the pitch in the best possible condition for Treaty Utd and it’s supporters and we will continue endeavours to this end.”

Treaty United are due to host Cork City in the SSE Airtricity League First Division at the Markets Field on Friday next, March 18 at 3pm.

Treaty's scheduled fixture with Longford was one of two SSE Airtricity League games postponed on Friday along with the Premier Division meeting of UCD and Derry City at UCD Bowl due to a waterlogged pitch.

A number of other fixtures were subject to pitch inspections before getting the green light to go ahead.

Meanwhile, the FAI has confirmed that the postponed fixture between Treaty United and Athlone Town at the Markets Field from last month will now take place on Monday, April 4. The game with the Midlanders will have a 7.45pm kick-off time.