Limerick Leader athletics round up 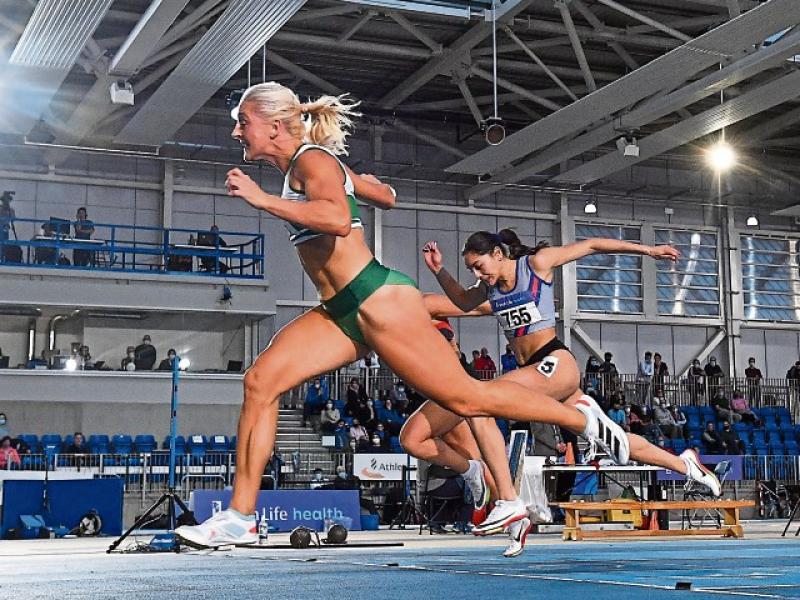 Sunshine and south-westerly winds provided the setting as the hugely popular Adare 10K returned for it’s 27th edition after a ‘Covid related hiatus’ in 2021.

It once again attracted a high quality field from across Munster and beyond. Kilkee native Jake O’Regan of St John’s AC, lead from start to finish to take first place in a course record time of 30:09.

Cahirsiveen native Grace Lynch of Iveragh AC was a comfortable winner of the Women’s race also in a course record time of 34:32.

It was a second victory for Lynch at this event having previously won in 2018. She was followed in second by Cappamore native Dymphna Ryan of Dundrum AC in 35:28. Irish Intentional Mary Mulhare of Portlaoise AC was third in 35:54. 2011 winner Siobhán O’Doherty of Borrisokane was 4th in 36:28 with another International Úna Britton of Kilcoole 5th in 36:48.

This event was the largest in the region since the outbreak of the ‘Covid Pandemic’. There was a fantastic atmosphere and it was hugely enjoyed by all.

Well done to West Limerick AC, volunteers, sponsors and all involved in the staging of an excellent event.

Taking place at the National Indoor Arena, Abbotstown, Olympian Sarah Lavin of Emerald AC took Gold in the 60mh in a time of 8.12 secs.

In a photo finish for second Dooneen’s Lilly-Ann O’Hora on 8.27 secs was eventually awarded third and the Bronze medal.

Her time was the same as second placed Kate Doherty of Dundrum South Dublin AC. Elsewhere on day one Emerald’s Luke Morris was 7th in the 200m in 22.75. Clubmate Seán McCarthy was 3rd in his 200m heat (23.65).

On day 2 Róisín Harrison of Emerald AC claimed the Bronze medal in the 400m in a time of 53:12. Clubmate Ciara Sheehy also took Bronze in the Shot Putt with a best throw of 12.27 metres. Alana Fratarolli of Limerick AC was just behind her in 4th on 12.25m. Lauren O’Leary also Emerald) qualified for the 60m final where she came 7th in 7.84 secs.