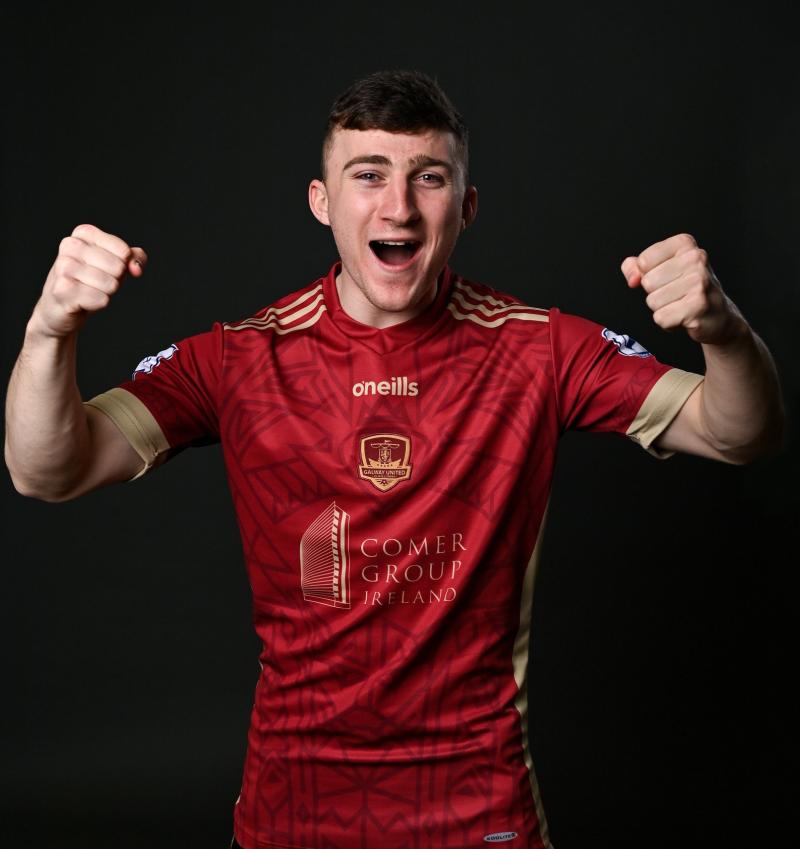 TALENTED Limerick midfielder Edward McCarthy has made a dream start to his Galway United career after netting a precious winner in their SSE Airtricity League First Division fixture with Cork City at Turners Cross on Friday night.

Twenty-year-old McCarthy, from Moyross, fired home the game's only goal in the 39th minute in front of an attendance of 4,984 as John Caulfield's side bagged all three points against the home side.

Edwards McCarthy made 21 appearances for Treaty United in the First Division last season, before joins the Tribesmen for the 2022 campaign.

McCarthy also had a short spell at Limerick junior side Regional United after leaving Treaty United last September due to work commitments.

The versatile McCarthy can operate in a number of positions across the pitch having played as a midfielder, winger and full-back for Treaty United. McCarthy scored two goals for Tommy Barrett's Treaty United side in the First Division last year.

McCarthy was also on the books at the Cork City academy, where he played U19 in 2020.

McCarthy's Galway United side is due to face Treaty United for their first 2022 SSE Airtricity League fixture at Eamonn Deacy Park on Monday, March 14.

Wilson breaks down the wing, holds it up,
Back heal to Murphy, Murphy cuts inside,
Perfect pass and McCarthy slots it home.
⚽️ pic.twitter.com/XMznOlgTl0