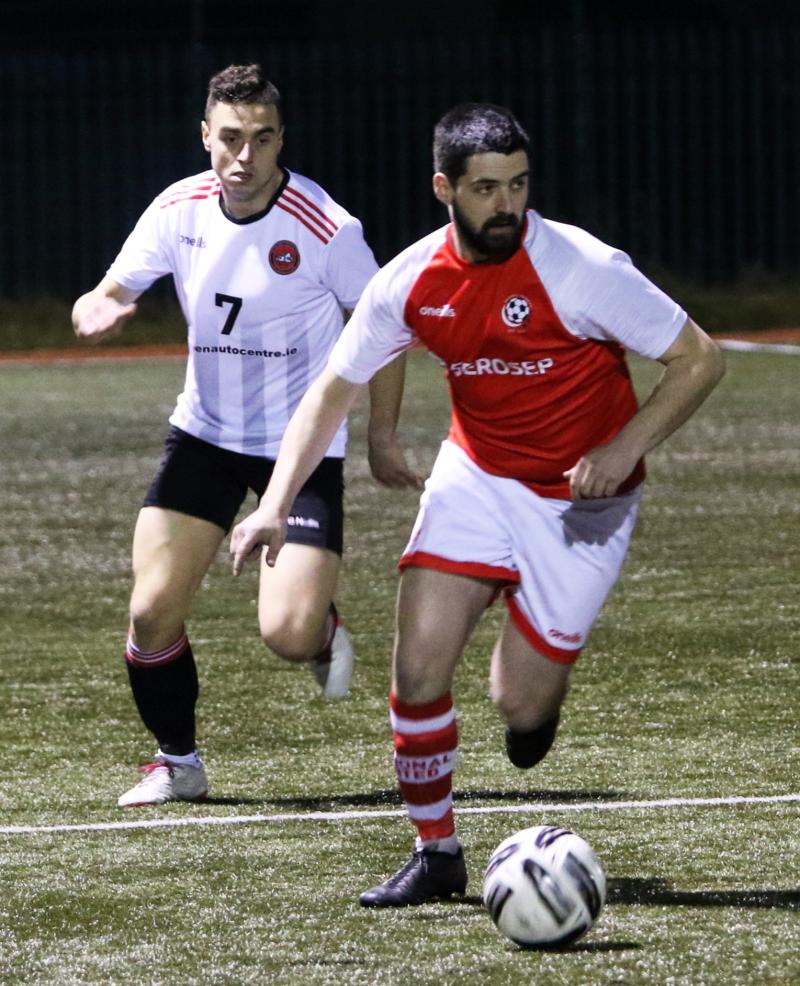 FOLLOWING the disappointment of last weekend's cancellation in the Munster Junior Cup, we try again this weekend when Pike Rvs host Regional Utd.

No strangers to each other, the sides met twice in the last few weeks. Pike won easy 5-0 in their league game, but the following week was a much closer affair with Pike edging out the Dooradoyle side by an extra time goal. Both teams had good FAI results in their last outings so we could be in for a cracking cup tie.

There is one game is scheduled in the Lawson Cup which will see Lisnagry welcome Shelbourne to town.

The Munster Youth Cup continues with Charleville hoping for a better performance when they host Pike Rvs. Regional Utd take on county neighbours Galbally with 6.00pm kick off.

In the Premier League (Top Six), Fairview Rgs will take over top spot if they can avoid defeat at Aisling Annacotty. John Lysaght's men recorded an impressive 2-1 win at Carrick Utd in the Munster Junior Cup last weekend. It was a badly needed result as they tried to erase the memory of a disappointing recent Tuohy Cup performance against Balla.

They will need to match the intensity of last week's performance if they hope to topple Fairview Rgs. By their own standards, Fairview have had a couple of "too close for comfort" results but remain focused on the prize.

Ballynanty Rovers were excellent in their last outing against Aisling. Lack of consistency has often bedevilled the Blues so they will be keen to carry on when Nenagh AFC visit on Sunday.

In the Premier A League, Fairview B are the only one of the top three in action. They welcome Newport who were unlucky to go down 5-4 to Charleville last Sunday.

Corbally Utd will be expected to see off Hill Celtic but Cappamore v Athlunkard Villa might be a tighter affair. Moyross had a good win last weekend. They visit Murroe looking for revenge for a defeat earlier in the campaign. v Moyross

Regional Utd B can go within a point of leaders Caherdavin if they get full points away to Glenview.

Pallasgreen are just a point behind the Dooradoyle club and will be hoping to keep pace when they visit Cals in Rathuard.

Lisnagry B scuppered their A team’s promotion chances last weekend and all in the club will be hoping they can do the same again on Sunday when they visit Division 2B leaders, Aisling Annacotty D but the home side will have different plans.

Croom Utd v Pike Rvs B in Division 3A promises to be a cracking tie while clubs in the lower leagues will be mainly focused on the Open Cup which is getting down to some serious games.

A very good Newport C side visit Newtown B while Shelbourne B host another of the favoured sides in Caherconlish.

Granville Rgs take on Coonagh Utd B and Mungret Reg C v Summerville Rvs B makes up the list.