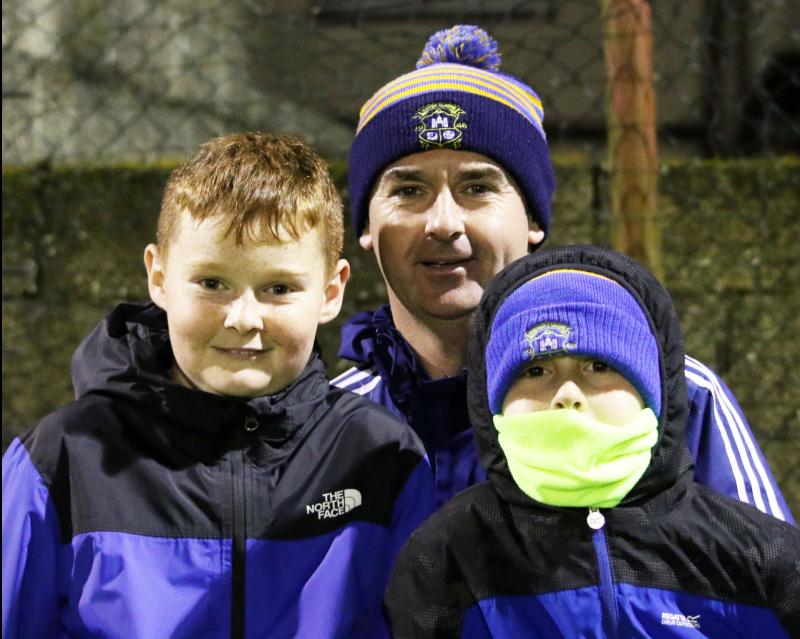 THE Munster Junior Cup is down to the Open stages of the competition with three of Limerick’s remaining hopefuls on the road this weekend.

Carrick Utd are lying mid table in the Waterford’s District League. They will host the current holders of the competition in Aisling Annacotty.

Aisling have been a bit ragged in their last couple of outings and they will need a big step up if they wish to see off a renowned cup side like Carrick.  Last weekend’s postponement will have allowed them time to reset.

Coachford are also in midtable in the Cork AUL and they host a Prospect Priory on the back of a disappointing Lawson Cup defeat to Kilmallock last week. Manager Wayne Colbert will be well used to these types of games and is sure to have his side well prepared.

Carew Park are also on the road when they visit West Cork side Drinagh AFC. Carew Park posted a superb league win over leaders Charleville last weekend so will go into the tie full of confidence.

Most attention will fall on the all-local game between Pike Rvs and Regional Utd. The sides met twice in the last few weeks. Pike won easy 5-0 in their league game but the following week was a much closer affair with Pike edging out the Dooradoyle side by an extra time goal.

Both teams had good FAI results last weekend so we could be in for a cracking cup tie.

In the Lawson Cup, Charleville host to bounce back with a good performance when they host Newport at the Co Cork venue.

In the Premier A League Fairview Rgs B can reel in Charleville and Carew Park when they host Murroe.

Moyross have also not thrown in the towel on promotion but they cannot afford any more slippage when they host Cappamore.

Athlunkard Villa will be expected to win at home to bottom side Hill Celtic.

Granville Rgs, leaders in Division 1A welcome Ballylanders while Knockainey look to keep pace when they visit Castle Rvs.
Division 1B leaders Caherdavin Celtic visit Parkville. Mungret Reg in second place, hold a three-point lead over neighbours Regional Utd B but that could change on Saturday when the sides clash.

Division 2B leaders Aisling Annacotty D travel to Abbey Rvs while Newport C in second spot will be hoping for the leaders to slip so they can take advantage with a win over Athlunkard Villa C.

There are three Open Cup games scheduled for the weekend when Janesboro B host Kilmallock B, Wembley Rvs host Murroe B and Mungret Reg C welcome Summerville Rvs B.

Runaway Division 3B leaders Ballynanty Rvs B travel to second placed Knockainey B.