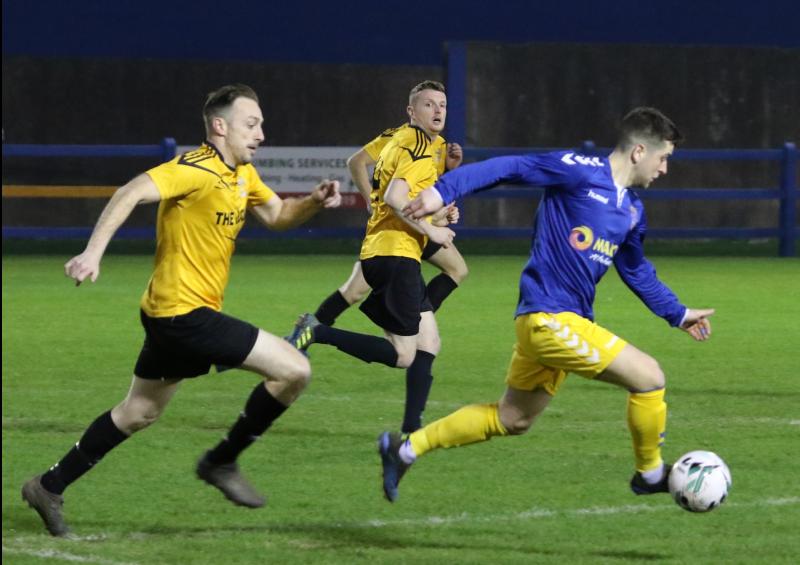 Russell Quirke in action for Fairview Rangers against Clonmel in the FAI Junior Cup at The Fairgreen on Saturday Pic: Brendan Gleeson

THE three remaining Limerick clubs in this season's FAI Centenary Junior Cup have been drawn at home at the last 16 stage of the competition.

Holders Fairview Rangers, following their weekend win over Clonmel, will face Galway side Salthill Devon in the sixth round of the FAI Junior Cup.

Pike Rovers, 3-0 winners over Athy in the previous round on Sunday, also face Galway opposition in the form of a home date with Ballinasloe Town.

Regional United, who defeated Athenry on penalties on Saturday last, will host Dublin club Tolka Rovers in the sixth round of the FAI Junior Cup.