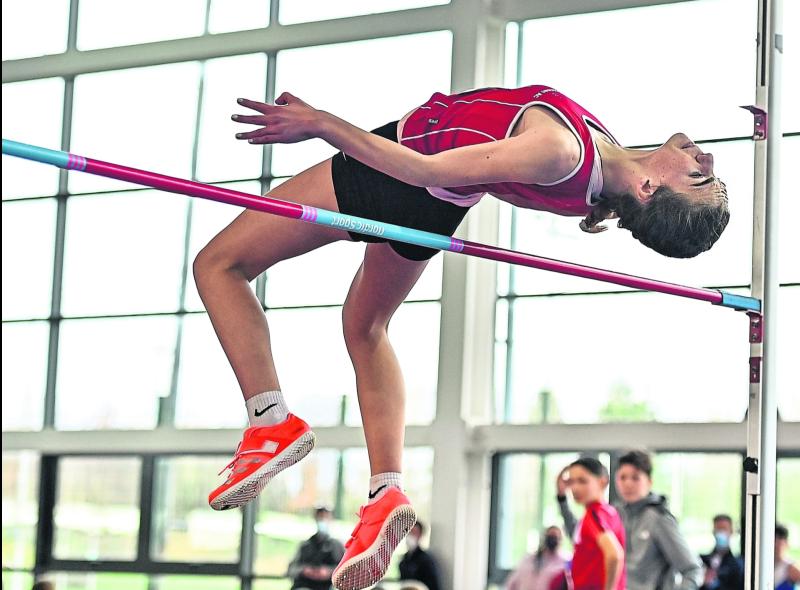 Orla O'Shaughnessy, of Dooneen AC, competing in the girls U16 high jump during the pentathlon event at the Irish Life Health Indoor Combined Events All Ages at TUS in Athlone

THE Athletics Calendar appears to be returning to normality as Nenagh staged the first Munster Indoor Championships since 2020.

There was several good performances from Limerick athletes. Well done to all.
Junior

Senior
Mark Carmody Carmody (An Brú) added the Indoor 800m title to his outdoor 800m crown as he stormed to 800m victory in 1:55.76, almost 3 seconds clear of his nearest rival.

‘John Treacy’ Dungarvan 10
There was another strong performance from Bilboa’s John Kinsella who was 9th in 52:28. Owen Ryan (Limerick AC) went under 60 minutes for first time, ‘home’ in 59:31.

Fixtures
The ‘All Real’ Sponsored Adare 10K takes place on the 27th February with the Milford Hospice 10K the following weekend on the 7th March.