Fantasy Premier League: From a Bowen arrow in my heart to a knockout from Bruno 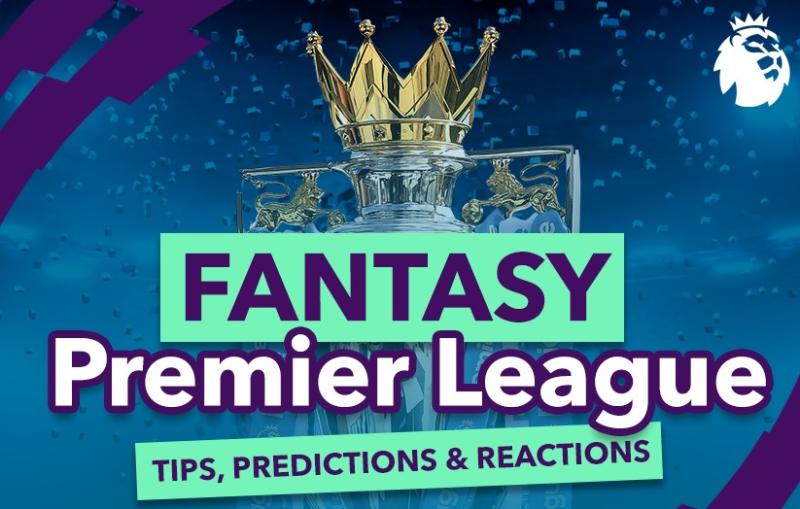 MO Salah heading off to the Africa Cup of Nations has blown the Fantasy Premier League wide open.

The vast majority of players stuck the armband on him every week. So to rise up the ranks you needed incremental returns from your other 10 players. Now it is open season.

In the previous Gameweek those who captained Jarrod Bowen got 42 points. I plumped for Michail Antoni who got a very respectable 18 but these are very big points swings.

In Gameweek 22, which ended on Wednesday night, there was an even bigger swing. Ronaldo was the obvious captaincy option with games against Aston Villa and Brentford. He missed the first through injury and got two points in the second match for a grand total of four.

Those who took a shot on Bruno Fernandes (smug gits like me) got lucky as his first shot was somehow missed by Aston Villa goalkeeper Emiliano Martínez. Another goal, two assists and four bonus points followed for a grand total of 46 points. That's a 42 point gain on Ronaldo captainers.

So the obvious question is who to captain this gameweek as Salah is still in Cameroon. There are no cancellations thus far in this single gameweek so that simplifies things a little.

Fernandes is a decent option again against West Ham but the East Londoners are no mugs. If I had Raphinha I'd be tempted as Leeds play Newcastle. The Watford strikers are candidates against Norwich but you'd want to be a brave man or woman.

I think I'll play safe and go with Kevin de Bruyne against Southampton. Phil Foden and Cancelo are other very viable options.

Regarding transfers, I'd like to play a 1 1 8 1 formation as there are so many good midfielders knocking around. I'm very happy with the five I have currently but I'd love to have Raphinha, Coutinho, Maddison, Gallagher.

And that's with Salah, Mane and Son currently not available. 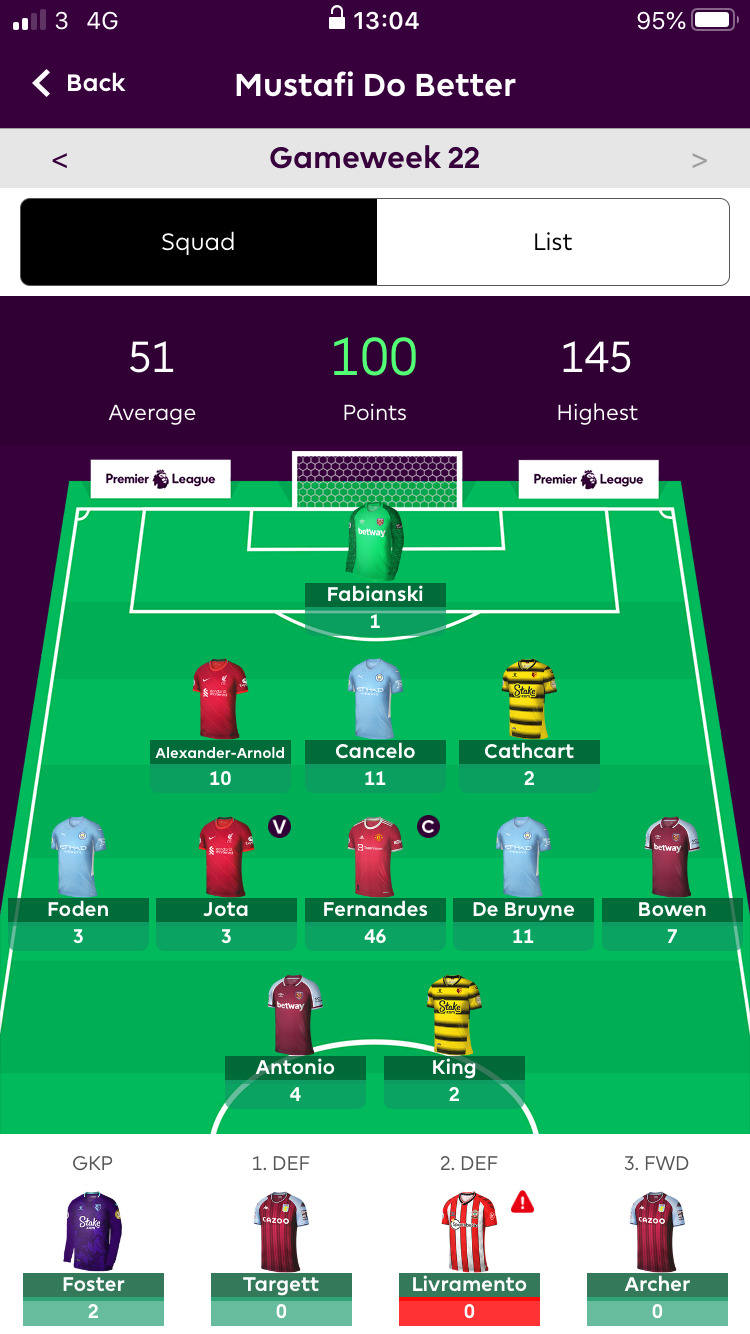 I hit the jackpot with captaining Fernandes. There was no great skill involved. I had Sonny who was injured, Man Utd were playing twice and I had the money for Fernandes - simple as that really. Ronaldo could easily have gone to town and Bruno been quiet like he has been for much of the season.

But that one move halted a slide down the rankings and brought me up from 15,412 to 4,110 in the world. The less said about my Craig Cathcart move the better. Fabianski was another flop. While Targett was definitely off target. But Digne looks an obvious replacement and Aston Villa have excellent fixtures coming up.

Two things to remember when planning your transfers - don't forget it's another Friday deadline at 6.30pm and leave an easy way to get the Egyptian King back soon.